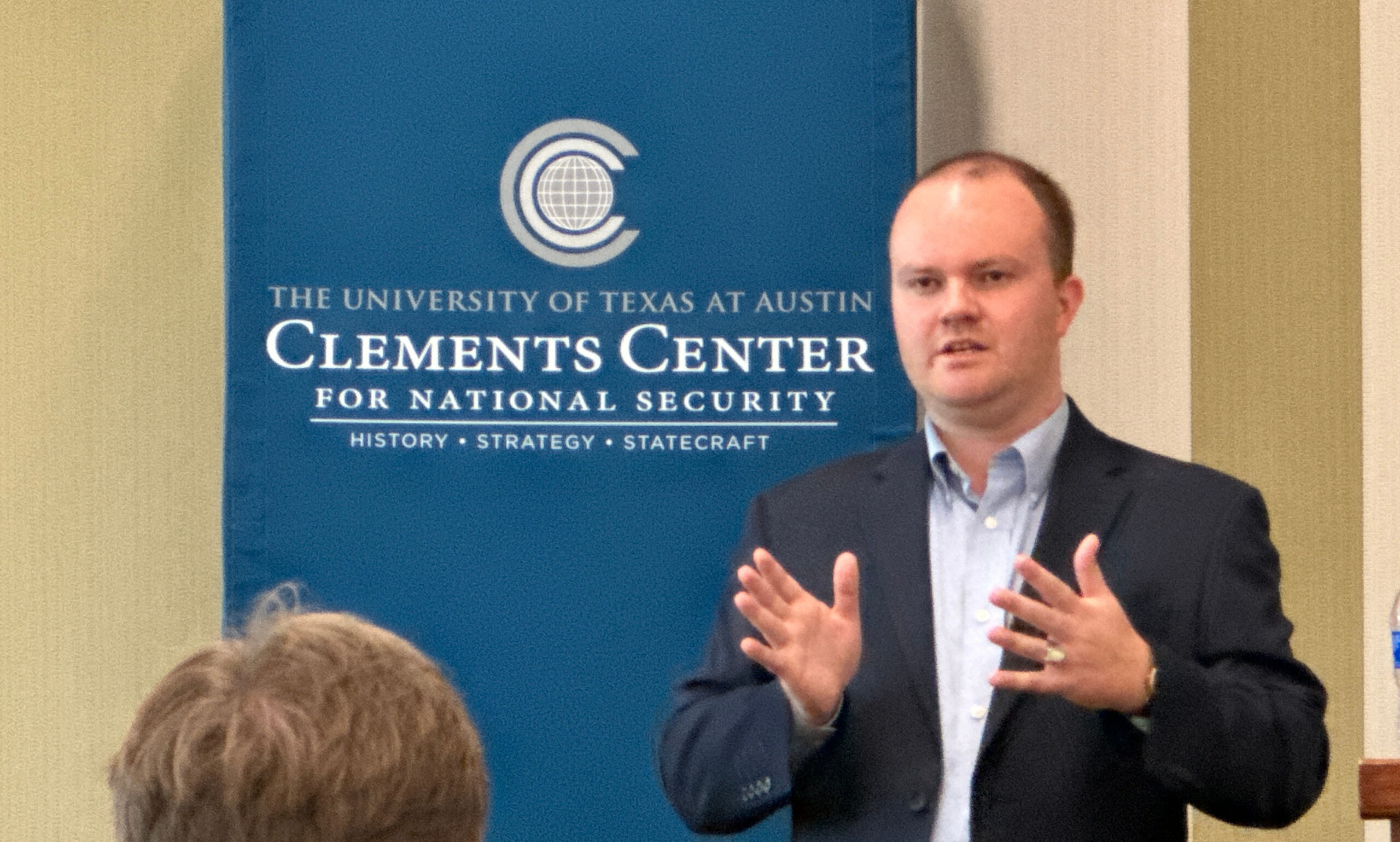 At a recent talk at the University of Texas in Austin, Dr. Charles Zug explained how he was led to a study of a particularly problematic element of American politics.

“Demagoguery always struck me as a promising concept that was difficult to wield because it has an inherently negative connotation to it. Populism sometimes gets used this way; Communism, Facism, Socialism. These are concepts of you might say ‘weaponisation.’ People think that if they can apply it to someone, that will discredit that person politically. But all these concepts also have a kind of insight to them – they do describe some type of phenomena, otherwise we wouldn’t be attracted to them.”

As an example, Zug said we tend to associate demagoguery “with certain kinds of emotional or passionate rhetorical appeals. The speaker is motivated by a desire to gain power, and they want to use provocative or emotional rhetoric in order to achieve that. When you define it in those ways it’s understandable why people would think it’s a negative thing. But to me it seemed like what was serious or core about the concept of demagoguery from a democratic standpoint – what seemed problematic – was that it disrupts our ability to reason about politics.”

An assistant professor of political science at the University of Colorado-Colorado Springs, Zug was hosted by the Clements Center for National Security to discuss his new book Demagogues in American Politics.

In the book (pg 174), Zug warns of a boomerang effect in attacking demagoguery. “Paradoxically, an understanding of democratic politics that regards demagoguery as necessarily evil, as a practice to be castigated whenever it occurs and ultimately banished from the community, becomes the cause of the very thing it wishes to obliterate.”

“For demagoguery to be potentially good, Zug said in Austin, “it has to serve a supporting role to a reasoned account of the common good. Understood this way, demagoguery is a kind of recognition of the difficulties of gaining traction and being heard rhetorically. You can deploy demagoguery in impassioned speeches – things that you can’t necessarily verify through reason or evidence.”

This is only part of the equation, however.  Zug outlines the broader argument as understanding “that the aspiration is to actually reason about politics and persuade the public on the basis of reason. But you can’t always do that: you have to make compromises to the reality of a political world.”

Thus he develops a model of excellence in democratic leadership. “That is the positive archetype that I sketch in the theoretical, early chapters of my book.” He emphasizes that demagoguery “is by its nature designed to provoke a certain kind of reaction: to get us to view things without thinking through the consequences.” As such it is a threat to the institution of the Senate, which was meant to be a deliberative body.

While a theoretical exploration of demagoguery may seem too esoteric to bother with, it is actually essential for an understanding on how the former president (DT) managed to whip up an insurrection that saw the Capitol itself under siege. It is easy to see the overt causes and effects, which is the purview of the Justice Department as they imprison the seditionists, but ignoring the undercurrents that allowed it to happen is a sure path to a worse disaster in the future. A close reading of this book will help lead the way to avert that.

Demagogues in American Politics is by Oxford University Press. It lists for $29.95 (paperback) or $99 (hardback)