Show People is a rather vague play about 4 nutty people coming together to act in a ‘Grand Charade’. The driving force is Tom, who hires a couple to portray his parents in a weekend meeting with his putative bride, Natalie. Her role is key to the charade.

I interviewed Taylor Rascher, who plays Tom. He said it is “kind of a wonky show: it is an action play, but different from a mystery show.” He characterised his role of Tom as one that straddles a “fine line between eccentric millionaire and an actor. Tom is on a journey, and finally finds that sense of family in the theatre.”

Show People was written by Paul Weitz, with its debut in New York City in 2006. It received muted applause from critics. Variety, for example, wrote “act two struggles with the conflict between sophisticated comedy and overreaching meta-theatricality, wearing out its welcome by striving too hard for cleverness.” The general consensus, which I agree with, is that the material is stretched too thin to sustain two acts, although (mercifully) in its current production at Live Theatre Workshop in Tucson there is no intermission.

Whatever may be the shortcomings of the play, the actors strive valiantly and wring as much emotion as they can out of the script. Of course since the entire premise of the script is that people are playing fake roles, the emotion is likewise fake. If one can get past this inherent lack of sincerity, there are some sober lessons to be learned.

“Is this really happening?” bewails Marnie, one half of the ‘hired parent’ duo. Jerry, her husband, responds that there is a “surreal element to the whole thing.” While the set design was fine, evoking a seaside mansion in an exotic locale, I think a surrealist painting on the wall would have been most appropo.

You know the play is far deeper than it appears when Marnie says she read “Rilke in the original German.” I suspect few theatre-goers will have any idea what that means. Very briefly: Rainer Rilke, who died in 1926, was a poet whose work was imbued with existential themes including disbelief and solitude. That, in essence, is what this play is about. The playwright asks us to suspend our disbelief, and accept Marnie and Jerry as Tom’s parents, as he apparently actually believes them to be as the play develops. His fear of solitude is what drives his mania to stage a ‘Grand Charade’ with a bride and parents.

As one line in the play reads, “The stage is a place that demands empathy.” Weitz relies on empathy from the audience to make this play fly. While it does not soar to the stratosphere, it certainly gets high enough to run into turbulence. Fasten your seatbelts, it’s going to be a bumpy night at the theatre.

Show People will be performed thru Aug. 24, 2019 at Live Theatre Workshop in Tucson. 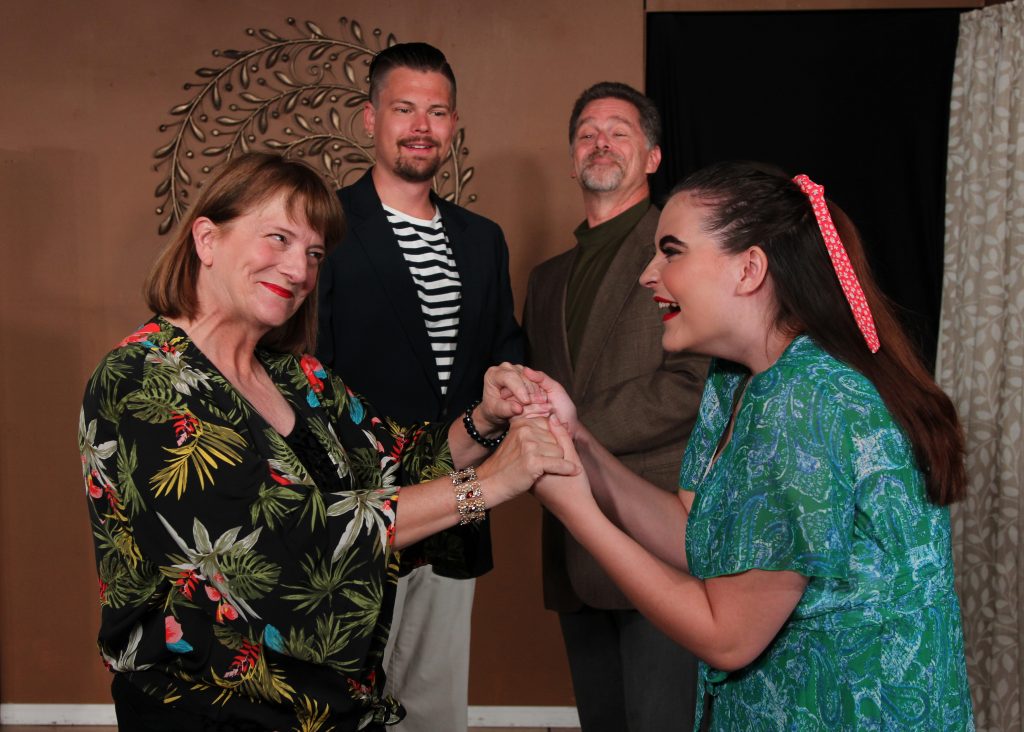