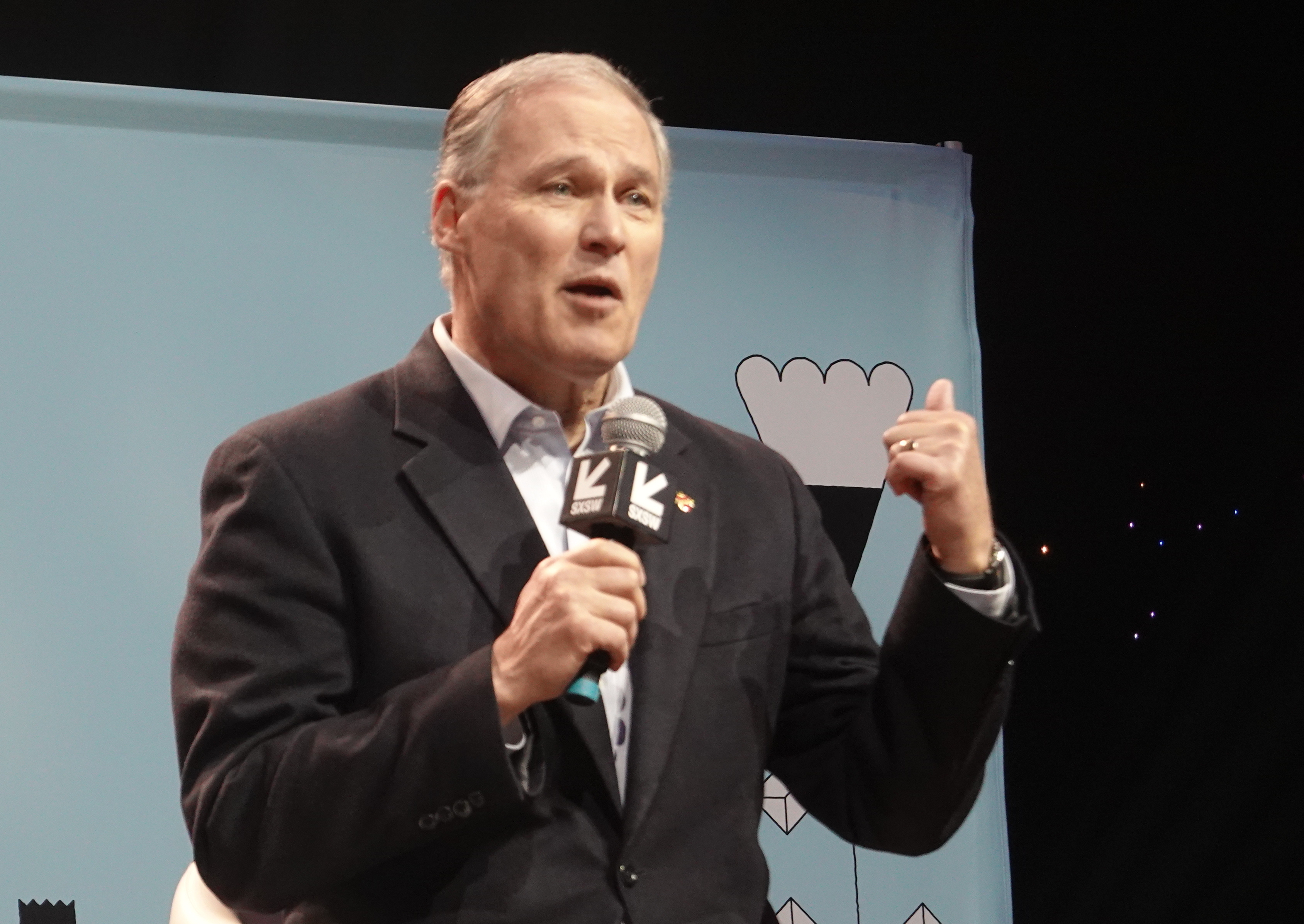 “We went to the Moon because we were called by a higher mission. We need a bugle call to fight climate change.”

Washington state Governor Jay Inslee, 68, hopes the bugle blows for him in the 2020 Presidential election. He made an appearance in Austin at SXSW to explain his platform in his bid for the White House.

While Inslee is positioning himself as the ‘climate change candidate’ he has strong views on the other hot button topics of today. On the border wall, Inslee literally slams the Republicans up against a wall known as the Constitution. “We’re going to call out the Republicans where they are going to be called upon to fulfill their constitutional oath, not their allegiance to Trump. Those who don’t need to be removed from office.”

Key to any progress is “the need to get rid of the filibuster. We have to take it away from McConnell,” referring to Trump’s enabler in the Senate, Mitch McConnell. “As long as McConnell has the keys to the car we won’t get anywhere.”

In another swipe at the current Administration, Inslee told the audience in Austin that “21 states have pledged to follow the Paris climate accord to show the world there is intelligent life in the United States. There is not room for ignoring the science as the president is.”

In his remarks at SXSW, Inslee invoked the memory of the Apollo Moon landing program several times as he explained that climate change is in the hands of the people. “This is a matter of character of the American people as much as it’s a matter of science. If you appeal to those higher angels you will get a response as John Kennedy did. I campaigned on clean energy and I won in Washington state.”

In further remarks broadcast on the CBS morning show on April 11, Inslee used the latest scientific breakthrough to push his message and slam Trump. “We are a scientifically literate country: we just took the first picture of a black hole, yet we have a president of the US saying that climate change is a hoax. He says that wind turbines cause cancer. Wind turbines don’t cause cancer they cause jobs!”

In pursuit of his goal, Inslee admitted at SXSW there “in no silver bullet but there is silver buckshot,” meaning a variety of issues need to be tackled. Among those he highlighted are “land use planning, denser housing, the urban-rural interface, transportation systems with more choices, education and health care.”

Despite the challenges, the Governor remains upbeat. “It is important to give people an optimistic value. We are going to the Moon and we are going to put people to work across this country!” 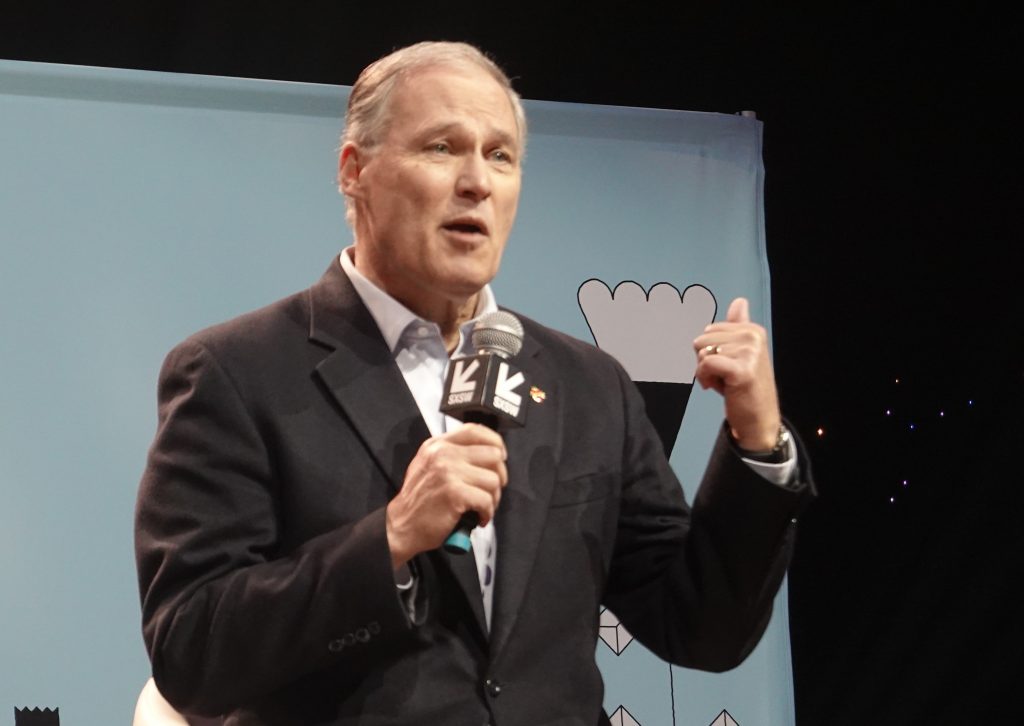