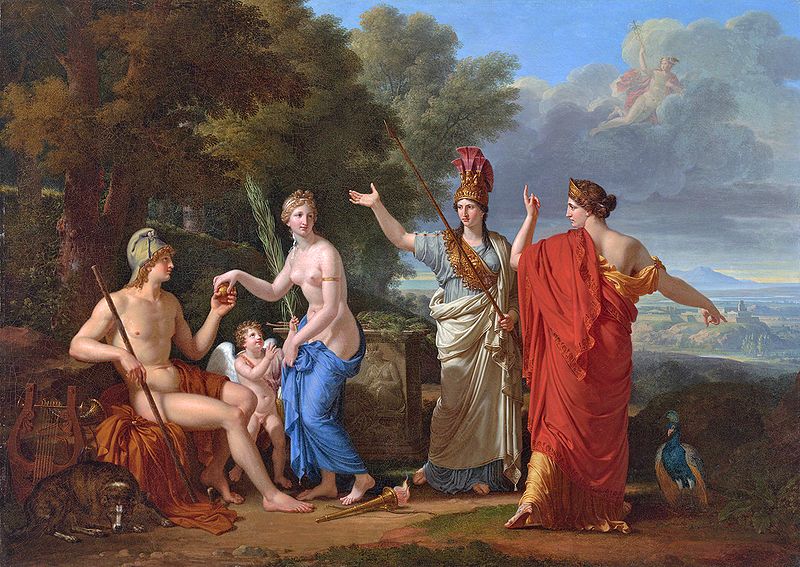 You will never appreciate Homer the same way again after reading this book. It deals with alternative readings of the Iliad and the Odyssey, as penned by Sophists some 2,000 years ago.

The book is edited by Paola Bassino (University of Winchester) and Nicolò Benzi (University of Kent); it consists of nine chapters, each written by an expert on the subject. I can’t comment on every chapter here, but each has its own deep insights into what various ancient authors were really intending in their often tendentious takes on Homer’s work. Many of these insights go against, or beyond, accepted classical scholarship, marking this out as a really important work.

“Homer is the ultimate guiding star in all human endeavours and central to a Sophist’s paideia,” which refers to their well-rounded education. So writes Isidor Brodersen (University of Duisberg-Essen) before she launches into a study of the Greek Sophist Dio Chrystostom (40-115 CE), who paints Homer as a liar. According to Dio, “Homer is not just bad at recording the truth, he is also bad at organizing and telling his fictitious version of events. In other words he is even a bad storyteller!”

For those not familiar with the Sophist reinterpretations of Homer, this must strike one as pure heresy. Homer, the great storyteller of all time, is really bad? According to Dio, Homer not only wilfully distorts the truth and tells lies, his lies do not even make much sense. (Yes, we are talking about Homer here, not DT, the former president and would-be dictator of the United States).

For starters, Dio states Paris did not abduct Helen; their marriage had been approved by her father and brothers, and it was just Agamemnon’s political anxiety that led to violent conflict. “Homer’s version of the story is therefore plainly ridiculous: the Judgement of Paris cannot be true, and the involvement of the Gods is pure Homeric fiction.” Even more shockingly, Dio says “it was Achilles, not Patroclus, who was killed by Hector.” This leads Dio to a grand conclusion, answering the question as to why Homer did not actually describe the sack of Troy by the Greeks. Everything that happens after the killing by Hector, Dio says, “is pure fiction, cooked up on the fly by Homer in order to please the Greeks of his day. The lies pile up so much that, in the end, Homer apparently gives up even bothering to narrate the end of his story.” That, claims Dio, is because Troy was never sacked by the Greeks. The Trojans won the war!

So what was Dio’s real intention here? It is a question that has exercised scholars for a long time, but Brodersen contends “much is to be gained by reading the oration as an invitation to the audience to join in, and to work our for themselves that Dio is pulling everyone’s legs.” In this case, Dio pitches his oration not to the masses as Homer did, but just to people ‘in the know,’ namely fellow sophists and rhetoricians. “Dio makes it clear,” writes Brodersen, “that the audience is meant to read him exactly as he reads Homer: as an unreliable oral presenter of a situational truth.” As she states, Dio succeeded, because “we are still reading and discussing it today.”

I have already mentioned the Judgement of Paris, the inspiration for some of the greatest historical genre art ever produced (such as the lead photo). Here, Nicholas Wilshere (Univ. of Nottingham) looks not at art but a version of the Judgement written by the Syrian rhetorician Lucian (125-180 CE). By doing so, he charts a new path to understanding Lucian. First, with regard to Homer, the Judgement is merely alluded to once. The apparent lack of interest by Homer has been remarked on many times. The basic story centres on a golden apple, to be awarded by Paris to one of three goddesses who he believes to be the most beautiful. He awards it to Aphrodite, but not because of her beauty. She essentially bribes him by guaranteeing he will marry Helen of Troy. Lucian’s Aphrodite says at the outset to the King of the Gods, “As far as I am concerned, Zeus, even if you were to appoint Momus himself as our judge, I would go confidently to the exhibition.” That is, the exhibition of all three goddesses quite naked for Paris to drool over.

Wilshere explains that this initial speech by Aphrodite “signals its parodic, satirical nature.” But understanding the different levels of Lucian’s speech requires readers with different levels of knowledge. Some “can read Aphrodite’s words as a simple figure of speech, as a comment particularly appropriate to a divine debate, or as a more subtle allusion to another part of the story,” wherein Momus changed Zeus’ original plan for reducing the world’s population (!!) to create the familiar story of Paris and Helen to happen.

Those who have undertaken an analysis of such Homeric quotations, allusions and reminiscences in Lucian “have found little of interest in this text.” This analysis allows Wilshere to an important statement about classical scholarship. The fact other scholars have come up empty, he states, has “led to their shared failure to identify Zeus’ allusion to Homer” when Zeus says he would be hated by the losers in the beauty competition, which is why he is giving the job to Paris. Another important allusion that scholars have missed arises when one looks carefully at the golden apple, which has an inscription. It is not quite, says Wilshere, “what we are most familiar with in modern tellings of the story. It reads not ‘For the fairest’ or ‘Let the fairest take me,’ but ‘Let the fair one take me.’” Wilshire makes us cognizant of the fact that Lucian was well aware “of difficulties about Homer’s beauty-related superlatives. The lack of a superlative on the golden apple should therefore be read as an allusion to this.” (The question as to why there was an inscription is not explored) He finds more than ten places in Lucian’s text that “prompts its readers to delve into the traditions of Greek poetry and, in particular, the tradition of Homeric exegesis in order to gain access to a fuller, richer reading experience.” This one chapter alone makes the price of the book worthwhile.

Replete with insights and quotes from ancient Sophists that challenge the reader, this book is an essential addition to any library that includes Homer’s Iliad and Odyssey. And since no library is worth its salt without Homer, I can only recommend everyone buy this book.

Sophistic Views of the Epic Past from the Classical to the Imperial Age is by Bloomsbury. It lists for $103.50. This book is based on a conference held at the University of Winchester in 2018.

Image: The Judgement of Paris by Fabre (1808). In the collection of the Virginia Museum of Fine Arts. In the public domain.