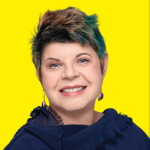 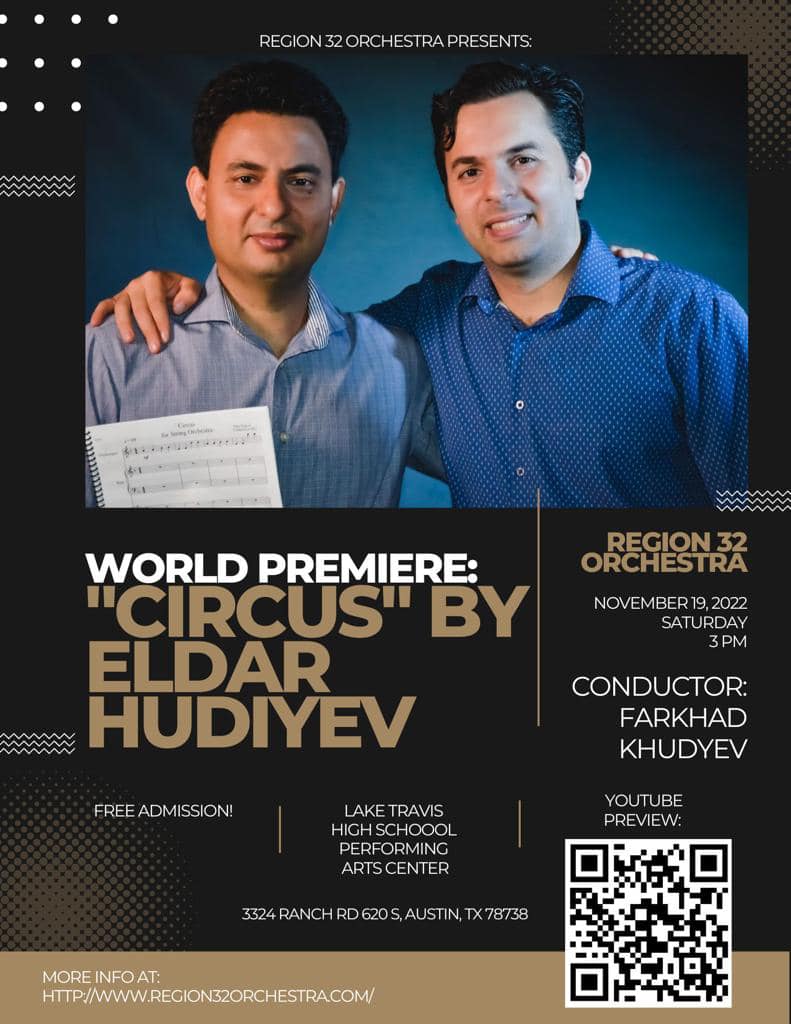 Critics described him as a “phenomenon” (Seattle Post Alley), a “magician on the podium” (Performing Arts Monterey Bay), with “the ability to connect with invisible worlds and to bring them alive in the music” (Herald). The US government has recognized Farkhad Khudyev as an Artist of Extraordinary Ability.

The short yet powerful performance by the TMEA Region 32 HS Symphony included the moving Russian Sailors’ Dance by Reinhold Gliére, which transported me to the early 20th century, the era of my paternal grandparents, who came from Minsk. I closed my eyes and imagined women with sienna, black, and creme-colored scarfs wrapped around their heads dancing with men in tunics made from bare canvas hanging loosely over their trousers with a Cossack fur hat.

Next up was a riveting composition by Eldar Hudiyev, brother of Farkhad, who was in the audience, with his original score Circus for String Orchestra, which debuted here. “Growing up we often attended the circus. It left a strong impression on me. My Grandpa was the one who often initiated these trips. He was the Deputy head of the Airport in Turkmenistan. So this piece is a reflection on those beautiful days and memories of Grandpa who passed away, unfortunately”, says Eldar. Circus received the first prize at the International Youth Music Competition in Atlanta, GA in 2021 and second prize at the Red Maple Music Competition in Toronto, Canada also that same year.

The show ended with Symphony No. 9, IV. Allegro con fuoco by Antonín Dvorák.  Khudyev displayed welcoming humility in which he alluded to music as elevating the spirit. He thanked the parents, teachers, and instructors for participating in the training and encouragement of these young musicians to pursue their dreams.