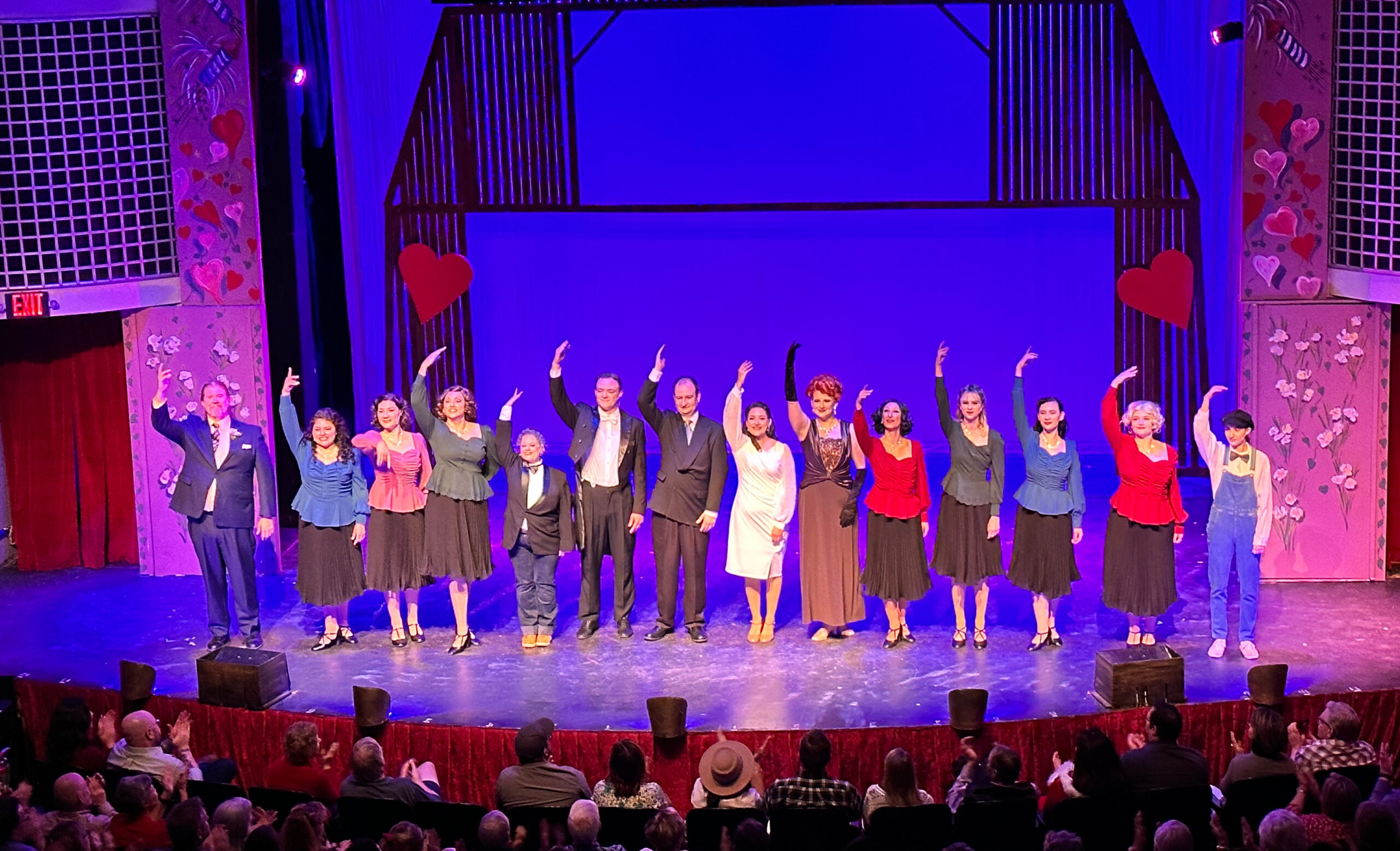 The classic 1942 film Holiday Inn can now be seen live in its musical theatre version at Georgetown Palace Theatre. There is no better treat to usher in the Christmas season than this.

The film featured superstars Bing Crosby and Fred Astaire, when superstars really were just that. Its main claim to fame is the debut of the song White Christmas, and it became such a hit that a film by that name was subsequently made. Thus, the two films are often confused.

Remarkably, it took until 2014 before the stage version of Holiday Inn was created. Appropriately, however, it premiered in Connecticut, where much of the action is based.

Musically, the theatre production takes some liberties with what we hear in the 1942 film. While Cheek to Cheek, Blue Skies and Heat Wave are all Irving Berlin tunes, none appeared in the film. These changes were made by the creators, Gordon Greenberg (a Texas native) and Chad Hodge (writer & producer of TV shows such as The Playboy Club and Good Behavior). And even though the film is most associated with Christmas, it also features the song Easter Parade, another icon of American music. Helpfully, the members of the audience each get a card with the complete songlist.

Fire Crackers/Song of Freedom really sparks in this stage production, and is the highlight of the song-and-dance numbers. Braden Tanner’s dancing really takes this number to a high level (he is reprising Fred Astaire in this role). I can’t say the same for the set design, especially the main one showing the Inn itself. We first encounter it in a dilapidated state, but when things are supposedly spruced up and ready for a festive Christmas season, it looks much the same. It needed a Christmas tree, and at least a couple of large wreaths on the walls. Choreography by Jesee Smart and Costume design by Aaron Kubacak are both superb.

There is a real plot here, and it is performed admirably well by all the principal and supporting cast members. Stephen Quinn has the lead role as played by Bing Crosby; the female leads are Marina Garcia  and Katya Welch. The character played by Quinn falls in love with both of them, and that interaction forms the backbone of the story as he wants a quiet farm life in Connecticut and they are tempted by the bright lights of stage and screen. The dimunitive Suzanne Orzech steals the comedy aspect of the show. Excellent cast, directed by Kristen Rogers.

The audience received exactly what they wanted: a throwback to yesteryear in this lively rendition of a true classic. At its most basic, this is a romp through the Irving Berlin songbook. When you hear the phrase “they don’t write ‘em like that anymore,” they are referring mostly to the writers of the Great American Songbook, the greatest popular music ever. And many would give Berlin the title greatest of the great. By all means, go and see this production, which continues until Dec. 30, 2022.