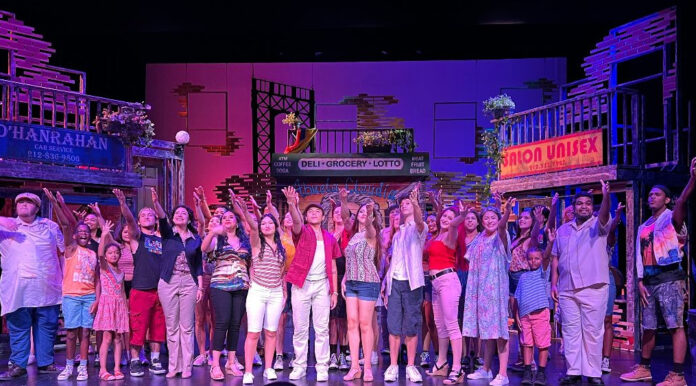 The music here is a heady mix of Latin rhythms, hip-hop, pop and rap. The latter is what one would expect from Lin Miranda, creator of the play Hamilton. Fortunately In The Heights does not overplay the rap aspect, and its judicious use at the beginning actually sets just the right tone for a play about a barrio in New York City. It is, in the words of one character, Gilligan’s ghetto island.

What does it mean to be a Broadway musical in the 21st century? The answer is good news for individual singers, but bad news for the musical genre. As a reviewer of this play in USA Today stated in 2008, Miranda’s “songs are at best showcases for the rhythmic and harmonic savvy of the cast, and at worst banal vehicles for the empty, American Idol-style showboating increasingly embraced on Broadway.” What we witness here are several characters introduced early on, followed by each of these characters taking a solo spotlight for what is, in effect, their theme song. It is perfect vehicle for a summer stock production, as it gives many of these young people the opportunity to stop the action of the play and focus all of our attention on their vocal abilities.  As usual there is a cross-over here between Broadway & Hollywood: In The Heights, which won the Tony as Best Musical of 2008, was released as a film in 2021.

Even though this is supposedly a rough-and-tumble barrio, no gunshots are heard and violence is confined to a few punches. Anyone expecting West Side Story-style of more realistic gangs will be disappointed. This is the feel-good version of a multi-ethnic environment in the Big Apple. Fortunately,  as high energy theatre, it works.

I will mention just a few of the many characters, all of whom were really quite excellent. Noah Wood as Benny and Amber Arevalo as Nina are perfectly cast as the boy-girl leads. Noah has great moves and acting talents; his fine voice combined with the powerful singing from Amber makes this a delightful duo. The fact her Latino father (played with highly-tuned angst by Brandon Lozano) does not want Nina to associate with Benny provides the racial element. Jordan Williams is a very engaging rapper, and the young Tori Ybarra is quite believable as an old woman who has won the lottery, her ticket to a better life. Indeed, each character strives for a better life, and how they try to achieve it what this play is all about.

The set establishes just the right level of grittiness, and choreography is outstanding. With upwards of 30 people on stage in some song & dance routines, the fact nobody bumped into one another or stumbled is a great achievement. The entire cast is composed of young people (some very young). These kids are on scholarship, and even though if they never go into a career in the theatre it’s a wonderful experience for them to have.

There are 2 more offerings from Summer Stock Austin in the next few weeks: How to Musical Theatre created and co-written by Emmy Award-winners Allen Robertson and Damon Brown (this is a film, not a play); the regional premiere of a new musical for family audiences Alice’s Wonderland co-written and directed by Hamilton star and Summer Stock Austin mentoring alumni, J. Quinton Johnson. Tickets are on sale now, so go support these young actors:  impactarts.org/summer-stock-austin.

Photo of the cast shows (at centre) Noah Wood in shorts. To his left in blue shorts is Amber Arevalo.

In The Heights is being performed at the McCullough Theatre on the campus of the Univ. of Texas, Austin. 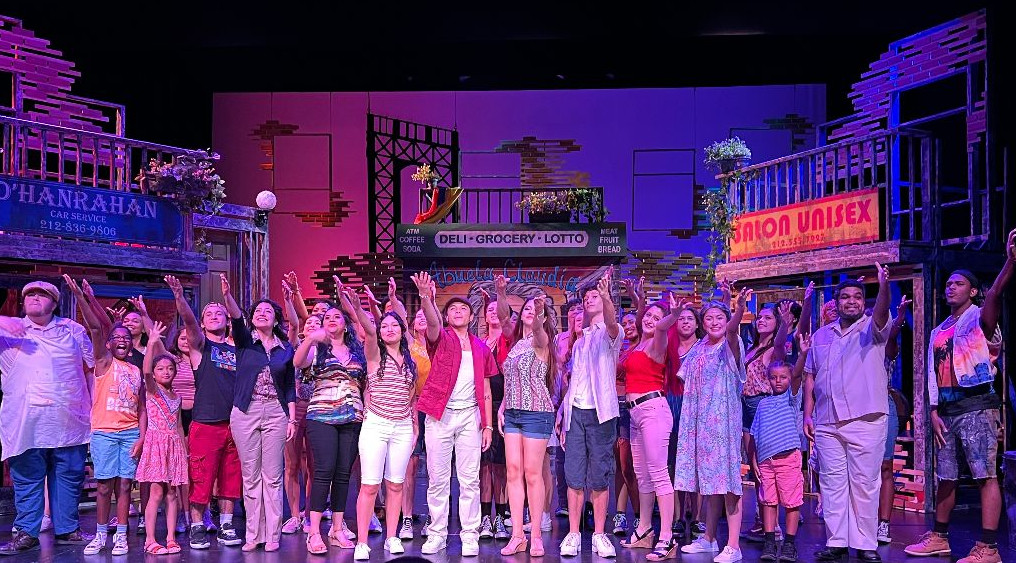