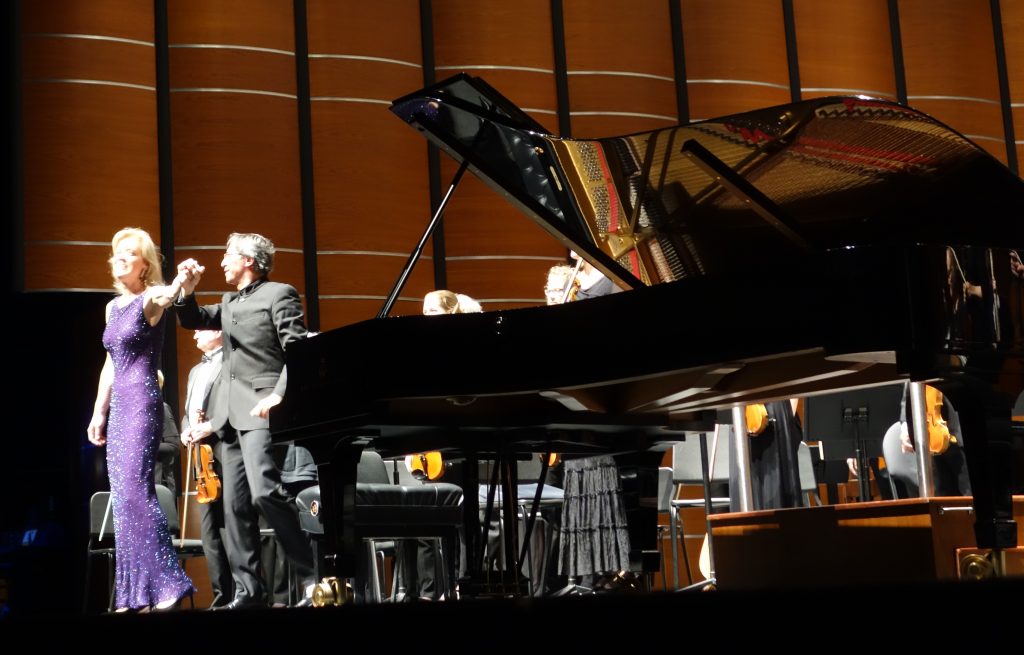 The Austin Symphony performed an all-Russian concert as the closer of their 2017-18 season.

First up was a piece known in the trade as a “real knuckle-buster,” the fiendishly difficult Piano Concerto No. 3 by Tchaikovsky. He originally conceived of a 7th Symphony, but decided to transform it into a piano concerto, which was left unfinished at his death in 1893.

Even so, the 16 minutes that he bequeathed to us is full of drama and passion. The languid opening on the piano has elements of an old shanty tune. Two oboes bring this to a close in no uncertain terms, allowing the full orchestra to join in. A glissando heralds a seriously loud orchestral response, effectively silencing the piano. A sweeping melody then flips the direction of the concerto, heralding in its turn a piano solo of nearly melodramatic intensity that pulls itself back from a schizoid breakdown just in the nick of time. The solo piano enters a free-flowing period that is gleefully taken up by the orchestra, and a final piano solo of redemptive meditation brings the concerto to a magisterial close.

After a brief performance from The Sleeping Beauty, arranged by Stravinsky for a chamber music setting, maestro Peter Bay took up the baton once more for Piano Concerto No. 1 by Prokofiev. As in the Tchaikovsky concerto, this was played brilliantly by guest artist Olga Kern, a Russian-American who began her career as the Gold Medallist at the Van Cliburn International Piano Competition. She was the first woman to win this coveted award in more than 30 years.

All three composers at this all-Russian event studied at the Conservatory in St. Petersburg. Its head, Alexander Glazunov, walked out in protest during the premiere performance of Prokofiev’s piano concerto. Other critics at the time (1911) agreed. One said Prokofiev should be put in a strait jacket, while another wrote “I would not even call this music.”

Prokofiev decided to distance himself from the romantic music of the day; his personal fire, colour and extravagance (evidenced in the way he wore his clothes) are expressed in this concerto. The work begins with the orchestra establishing a provocative launch pad for the piano to take off on a wild chase across the keys that ends in the upper register, with complicity from the orchestra. This transitions to a more receptive passage that the orchestra eagerly follows. A much more relaxed melody reigns in all this barely restrained mayhem, followed by a placid solo on the piano that is gratefully reflected by the orchestra. A certain pluckiness then ensues, marked by three dramatic notes from the horn section (the third movement is marked scherzando: in a playful manner). This serves to introduce a final piano solo of alarming intensity. Kern concluded the first portion of the performance with a brief encore: Prokofiev’s Etude No. 4. Both elicited a well deserved standing ovation.

Rachmaninoff’s Symphony No. 3 concluded the evening. Typified by sweeping melodies that are best savoured in a slow bath with wine and candlelight, the Austin Symphony Orchestra did a great job by expressing the joyous innocence and intrepid spirit of this composition.

For details on the upcoming 2018-19 season, which begins Sept. 14 with more works by Rachmaninoff and Tchaikovsky, visit their website: www.austinsymphony.org