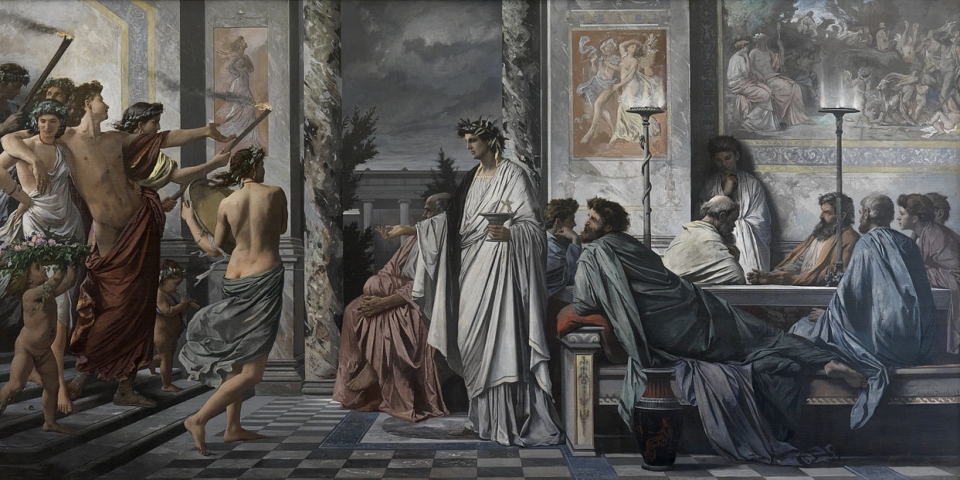 A serenade inspired by the Greek philosopher Plato put Leonard Bernstein in the spotlight at the Austin Symphony Orchestra this weekend. While it may have been the marquee event of Beethoven’s 5th Symphony that resulted in two completely sold-out evenings at the Long Center, the first half of the concert featuring Bernstein’s 1954 Serenade was really the star of the show.

I had the delight of seeing Bernstein perform one of his own compositions during a visit to Carnegie Hall in 1989, after which the balcony literally experienced earthquake-like vibrations as all the patrons stomped their feet in praise and admiration. As this is the 100th year of his birth, orchestras across the country are reviving his music for audiences that have likely heard none of his ‘serious’ compositions. This Serenade, which Bernstein wanted to call Symposium before being dissuaded by colleagues who thought the title too academic, is far removed from his well known popular music, such as West Side Story.

Of the Serenade, Bernstein wrote “The music, like the dialogue, is a series of related statements in praise of love, and generally follows the Platonic form through the succession of speakers at the banquet. It’s really a love piece.” In essence a five-part violin concerto (played here with brilliance by Vadim Gluzan on an original 1690 Stradivari violin), the Serenade loosely follows the dialogues of the five speakers at Plato’s symposium, which was essentially a dinner party (pictured here).

In the first movement, “Phaedrus opens the symposium with a lyrical oration in praise of Eros, the god of love,” wrote Bernstein. This is expressed in a violin solo of heartbreaking tenderness, followed by a passage that musically depicts Pausanias’ description of “the duality of the lover as compared with the beloved.” This change of one speaker for another is heralded by bells, a swift tempo change, and some dissonant notes on the violin. The movement ends emphatically, as Pausanias makes his point.

In the second, Aristophanes invokes “the fairy-tale mythology of love.” This slightly mournful movement employs the harp to good effect; its seemingly quizzical notes near the conclusion suggest a divide between the fairy-tale of love and its reality. The short third movement, the dialogue by the physician Eryximachus, is like a quarter-mile horse race: it beings with a start like the opening of the gates, and proceeds as swiftly as the violinist can play. Bernstein obviously wanted to concentrate on the dialogue of Agathon, which forms the fourth and most engaging movement.

It begins with a free-flowing melody of great lucidity that gains momentum. An emphatic drumbeat turns the music in a different direction for a while, but the solo violin slowly returns to the same melody it began with. “Agathon’s panegyric embraces all aspects of love’s powers, charms and functions,” wrote Bernstein. This most mysterious aspect of love is embodied in the tender delicacy of Bernstein’s melody that ends in a whisper, one that symbolizes every whisper a spouse has uttered in their loved one’s ear.

The fifth movement begins with Socrates offering a sober depiction of love, beautifully expressed in a sombre melody that gets interrupted as Alcibiades and his drunken friends interrupt the symposium. Here Bernstein inserts his own swaggering showmanship to great effect, one he advanced an apology for in case the listener thinks it out of place. “If there is a hint of jazz in the celebration, I hope it will not be taken as anachronistic Greek party-music, but rather the natural expression of a contemporary American composer imbued with the spirit of that timeless dinner party.”

Austinites were lucky to witness this bravura performance of one of the 20th century’s finest pieces of modern classical music, under the inspired direction of maestro Peter Bay.

Information about future performances can be seen at www.austinsymphony.org