How China Derailed its Peaceful Rise 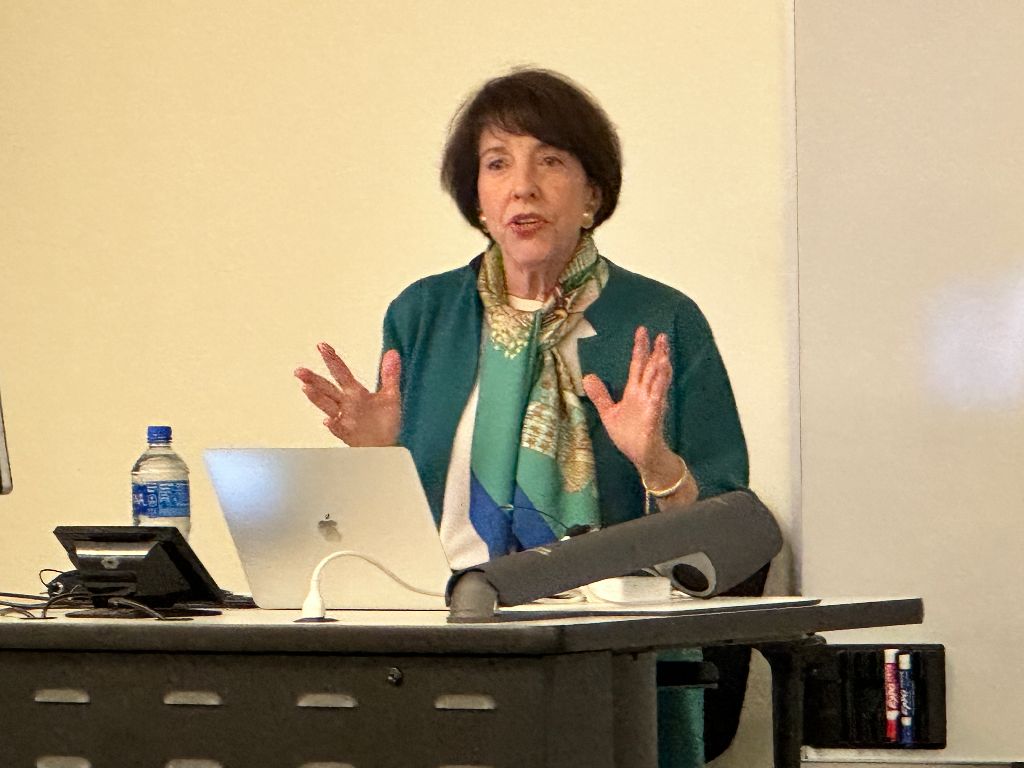 “Trump cabinet meetings eerily resembled high-level meetings in Beijing as, one by one, the senior officials praised the wisdom of their leader. The unpredictable interactions between the administrations of the two autocrats [Trump and Xi Jinping] drove Sino-US relations into a downward spiral from which it has not yet recovered.”

To gauge how thoroughly relations have soured, Dr. Susan Shirk told an audience in Austin what things were like in the mid-1990s.

When she was Deputy Assistant Secretary of State in the Clinton Administration, Shirk went with the President on his trip to China. There he met the Chinese leader, Jiang Zemin (who died on Nov. 30 this year). “The two presidents had a pretty amiable relationship,” said Shirk. “Pres. Zemin, when he visited the United States, tried to directly appeal to the American people by wearing a cowboy hat. When Pres. Clinton went to China, not only was the press conference televised live, but his speech to the students at Beijing University was televised live to the Chinese public. It’s pretty hard to imagine that happening today.”

Dr. Shirk is Research Professor and Chair of the 21st Century China Center at the University of California, San Diego. In her talk at the University of Texas in Austin, under the auspices of the Clements Center for National Security, she gave an overview of how China has derailed its own peaceful rise to power. It is detailed in her new book, Overreach, from where the opening paragraph of this article was written.

Things changed, she explained, around 2006-2008, terming it an “inflection point,”  both in its foreign and domestic policy. “This is the most surprising conclusion from my book. People who have read it say that China’s overreach didn’t just start with Xi. It started with Hu Jintao (who ruled from 2002-2012) and in a system of collective leadership, not a system of concentrated, personalistic leadership as we have got today.”

Shirk described this as a puzzle. “The change in China’s behaviour in the South China Sea was really important, not just because that is such an important area strategically, but also it just really changed the perceptions of people outside of China about whether or not China was going to rise peacefully or was it going to put its sovereignty claims over the Sea ahead of good relations with its neighbours in SE Asia and the United States.” She said the harassing of U.S. naval vessels drastically changed our views of where China was headed.”

Up until that time in the mid-2000s, “China had really opened up remarkably. There was investigative reporting in Chinese commercial media, there were all sorts of debates and criticisms of local officials and it was opening up in a surprisingly rapid manner. But in the days before the Olympics the control coalition within the government tightened up.” Shirk admitted she was wrong in judging what was going on at that point. “I thought at the beginning, like most big events China always tightens up and then afterwards it goes back to normal. But in this case, after the Olympics, they never loosened up ever again.” Shirk said that Xi, who came to power in 2012, “is ruling in many ways like Mao: his anti-corruption campaign is a purge of real and imagined rivals. And the extreme Covid policy looks distressingly like the Great Leap Forward.”

Economically, Shirk said “the State now is very dominant, with the aim of China becoming self-reliant. The Chinese private sector has been pummeled by the overreach of the regime of Xi, especially in the 2021 crackdown of the private sector which has been so costly to the Chinese economy both in terms of innovation and employment. For the first time in a long time China is facing a youth unemployment problem.” The problems have been exacerbated by the zero-Covid police designed to show the superiority of the Chinese system; in reality, it has shown how cartoonish Xi is: the puppet master who can’t pull the right strings. The news today is dominated by the failure of China in the face of mounting Covid deaths, and their pathetic attempt to redo the method by which cases are counted. As is always the case with Communists, they can’t tell the truth, and they deny reality, even to themselves. (If you see a resemblance here to the other evil autocrat mentioned in the lead paragraph, you would be correct).

On current U.S. policy towards China, Shirk says she is critical “because there has basically been no real diplomacy for 6 years. We have a bipartisan consensus in Congress that China is now the biggest threat facing America. To me that is an over-reaction, considering Russia’s invasion of Ukraine. What worries me is that a lot of the restrictions that put in with our technological collaborations with China in the end are actually going to harm our own competitiveness.

Her outlook of Chinese-American relations is bleak: “We are in a race to the bottom with China.”

Complete with 64 pages of notes and a 15-page Index, her new book (which includes a fine analysis of the hot-button issues of Hong Kong and Taiwan) is an accessible and detailed account of where we have been with China, and how we got to this difficult state of affairs. For Xi, as she states on page 268, “persistence is victory.” For everyone in the West who wants to keep their freedom and liberty, we must be more persistent still, and turn his ‘victory’ to ashes.

Overreach: How China Derailed its Peaceful Rise, is by Oxford University Press. It lists for $29.95.