Florida 1929. Who wouldn’t want to be there? It’s been nearly a century but the era of the 1920s still holds a special allure. To quote from historyonthenet.com, it was “a time of incredible excess, immense wealth, and precipitous collapse. Nowhere was the glitz and froth of the Roaring Twenties more excessive than in Florida.”

You can get a whiff of that excitement through the cigar smoke in this play, Anna in the Tropics, currently being staged by Ground Floor Theatre in Austin.

While reading Leo Tolstoy’s Anna Karenina before seeing this play is asking too much (the novel is so big it is usually published in 2 large volumes), one can’t really get to grips with Anna in the Tropics without reading it – simply by the fact the novel is the animating principle of the play. Fans of silent films will recall the Anna Karenina-inspired 1927 film Love, starring Great Garbo and John Gilbert. This was truly the era for the Tolstoy novel to become instantiated in the popular consciousness. Were the characters in this play, that won the Pulitzer Prize for Drama in 2003, fans of the Garbo film from 2 years earlier? We are not told, but the possibility adds another layer to the plot.

The setting is a cigar factory in Tampa, Florida. The wife of the owner has hired a ‘lector,’ who was for centuries in both Spanish and earlier American Indian cultures a man who read to the workers. Here, Juan Julian (performed with an endearing love of novels by Ben Bazán) has been hired by Ofelia (Tonie Knight) to be the lector of the cigar factory.  The novel he chooses to read throughout the play is Anna Karenina, whose lines of passionate intrigue fire the smouldering embers latent in the female workers. They are played by Marela (Cherry Mendoza), and Conchita (Briana Garcia). 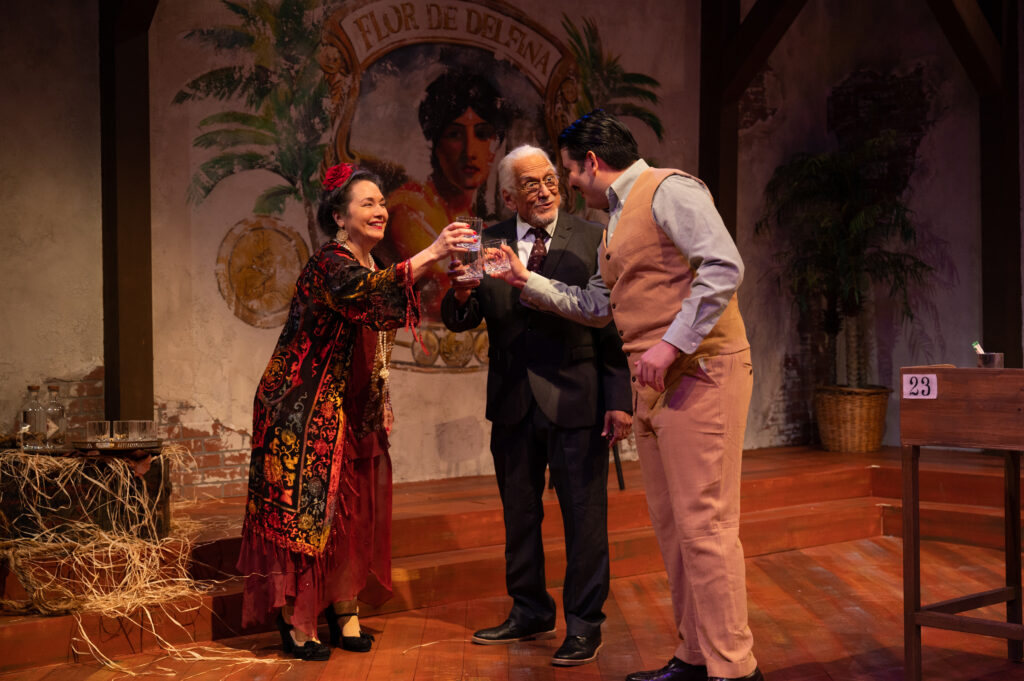 The role of CheChe (played with intensity by Victor Santos), is the angry character. Playwright Nilo Cruz opted here for a crudely drawn villain, with none of the nuance with which Tolstoy infused his less savoury characters in Anna Karenina. This is unfortunate as it gave Santos, clearly a fine actor, little room to actually act. He is just a very angry man who opposes hiring the lector and the old-fashioned way of running the factory, and ends up ruining things.

Acting throughout is of a very high calibre. Knight is absolutely delightful, especially in the flirtatious scenes with her husband, played with brio by David Segura. Their daughters, portrayed by Mendoza and Garcia, are the matches that light a fire worthy of the finest Cuban cigars, which they spend each day rolling by hand. Conchita’s husband Palomo, played by Michael Galvan, is portrayed as the cuckolded husband who is willing to learn from his errors in the art of love. Palomo thus avoids the predictable jilted lover role and takes on the air of a thoroughly modern man. Elegantly portrayed by Galvan.

I spoke to two young ladies in the audience, who were most impressed. One said “I could feel the heat of the place they lived in the way they conveyed their passion.” The other was quite poetic in her appraisal. “The play lit a fire in my aching soul and warmed my heart with hope.” If you think it is sizzling in Austin these days, see this play and compare.

A truly impressive play, and one that should not be missed this month! Directed by Carl Gonzalez, Arts Administrator for the Penfold Theatre Company here in Austin. 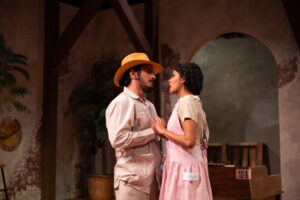