Thanks Donald, I could not have done it without you 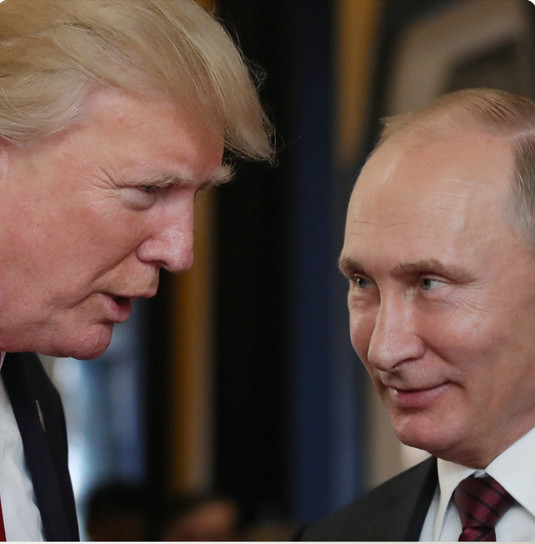 I’m sure you remember that president of the Ukraine who got you impeached the first time?

Yes, I wish I could exact vengeance on him as I have done to so many others!

Well, since you have been my most faithful Russian asset for so many years, I am going to take care of him for you

Oh, thank you! What is the plan?

I am going to start by declaring eastern Ukraine as separate republics.

Then I’m going to invade Ukraine and kill lots of innocent people. Thanks Donald, I could not do it without you.

You are welcome, my führer, and to further help, I will say  “He needs to get on TV and say that he’s the winner. He should say that he had a victory in Ukraine like you wouldn’t believe.” (editor’s note: he did just that on Mar 2, 2022)

Editor: at this point we are going to leave this reconstructed conversation between these two traitors to humanity to offer a couple of further references

I suggest readers consult a story written in The Guardian (a UK newspaper) dated March 2, 2022. It’s headline is: It’s time to confront the Trump-Putin network: A stunning number of Trump’s closest associates had deep ties to the Kremlin.

Second, read what Lt. Col. Vindman stated on Feb. 26, 2022, as quoted in Vice News. He was director of European affairs on DT’s National Security Council, and featured in the first impeachment of Putin’s puppet:

“It’s because of Trump’s corruption that we have a less capable, less prepared Ukraine,” Vindman said. This is because he delayed military aid for Ukraine, to make it more vulnerable to an attack from Russia. “He arrested what should have been a very, very robust relationship,” said Vindman. “Trump had a deep animosity toward Ukraine.”

Just for the record, the definition of treason is aiding and abetting the enemy in time of war. 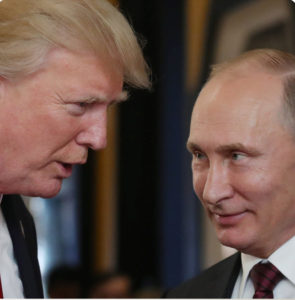