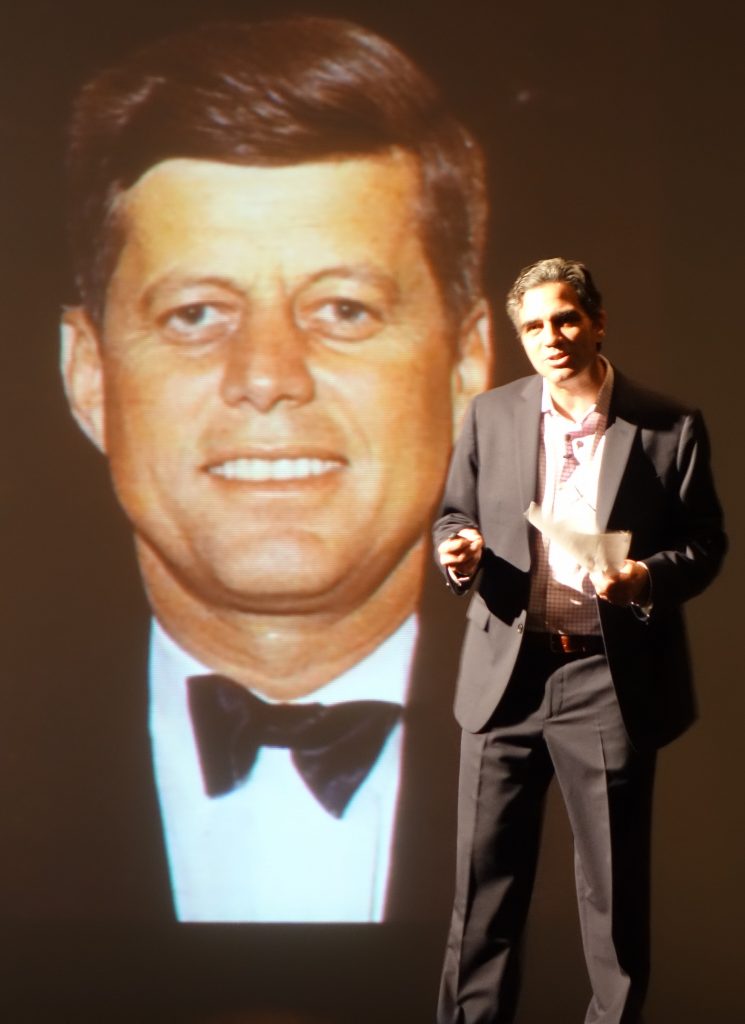 At a One Day University event in Austin, Dr. Joseph Luzzi of Bard College brought his expertise as a professor of literature to bear on the subject of the presidents of the United States.

The setting was an appropriate one: the LBJ Presidential Library. Libraries such as this are repositories of what presidents wrote, but the question Luzzi posed was, what did presidents read?

It will come as a surprise to many that George Washington loved etiquette books. He “cultivated dignity through these books,” said Luzzi. “He was also obsessed with one work of literature in particular: Cato.” The works of ancient times greatly influenced the founding fathers. “They read biographies including Plutarch’s Lives – it was the source of their behaviour. They also read The Decline & Fall of the Roman Empire by Gibbon.”

Of the early presidents, Jefferson (who had an attachment to the philosophical works of John Locke) was the greatest reader. “He read so much,” said Luzzi, “his collection formed two main libraries, the University of Virginia and the Library of Congress.”

But it was Lincoln, dirt poor compared to Jefferson, “who was the greatest reader of all. Lincoln channelled his reading of Shakespeare directly in his 2nd inaugural address, which was an extraordinary piece of rhetoric.”

Most importantly, Luzzi identified a link from the 19th to 20th centuries. “The ghost of Lincoln haunts the inaugural address of Kennedy.” The speechwriters of the address specifically studied the address of Lincoln to harness the potency of its power.

The “power of literature to shape the nation,” so evident in the words of Lincoln, saw their fullest expression in the long presidency of Franklin Delano Roosevelt. “He loved the poem IF, by Kipling,” Luzzi said. The lines of this poem, dealing with treating both defeat and victory as imposters, are engraved at Wimbledon. They are the last words tennis players see before heading onto the famed tennis court in England. “The moral message of Kipling is what FDR was concerned about,” and it came across in the fireside chats of the 1930s that did so much to heal the nation during the Depression.

So what does the current president read? What great works of literature does he channel to lead the nation to a better place in the grand sweep of history? Nothing. What a surprise!

One Day University brings professors from more than 70 top-tier schools to offer lectures to the public. These happen in 61 cities across the U.S., Canada and Iceland. The next Austin appearance will be Oct. 20, 2018, entitled A Day of Art. For more information, consult their website: onedayu.com

My report on the other guest speaker (Dr. Jeremi Suri) at the One Day University event at the LBJ Library can also be found on this website. Dr. Suri spoke about the “impossible” nature of the presidency as it has evolved into its present form.

Photo with this article copyright by C. Cunningham