An Actor’s Fraught Relationship with Christmas 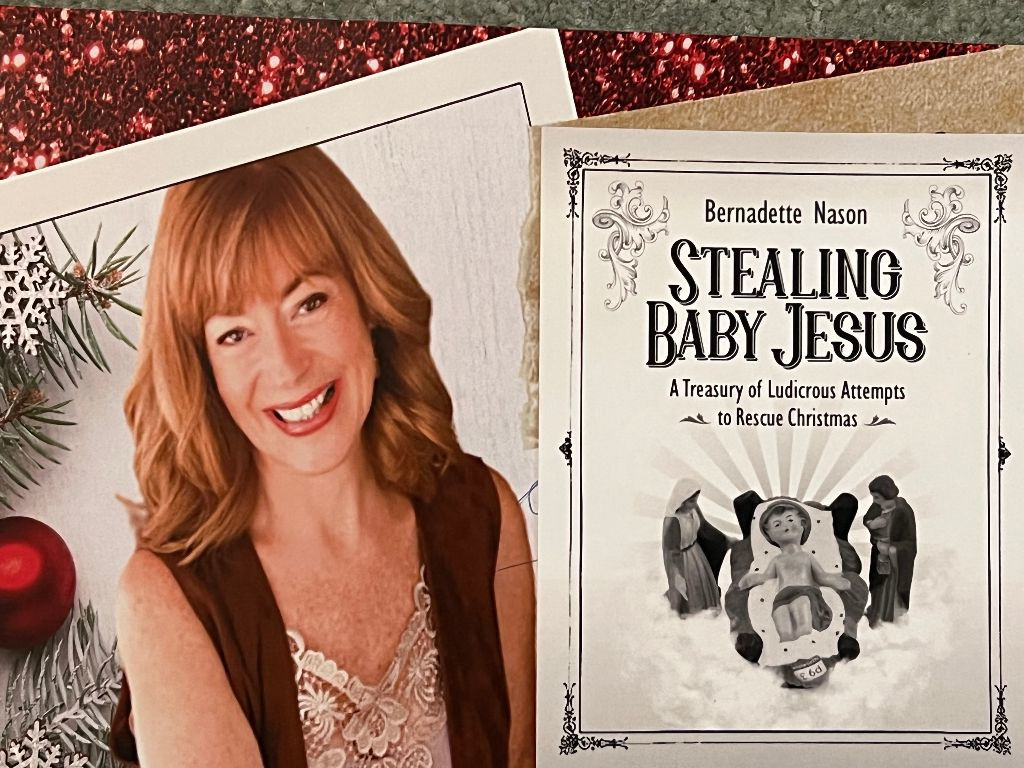 “What is it about Christmas lights that brings your heart to life?” Bernadette Nason poses this rhetorical question in her one-woman play, Stealing Baby Jesus.

The question arises in the second of four vignettes she performs in this production, which she also wrote, based on her own personal life experiences around the Christmas period. “I’ve always dreaded December,” she admits at the outset. “I don’t hate it – I struggle with it.” It is those sometimes hilarious and sometimes poignant struggles that animate this romp through the decades of her life.

It all begins at the age of nine, in Winchester (England), when she has a dire need of a baby Jesus and Manger for her Nativity scene. Those pieces having gone astray, she finds a possible substitute in a Woolworth store. The shiny object from Hong Kong seems like the perfect solution; the only thing lacking is the funds to buy it. While a mere pittance, the cost is still beyond the finances of little Bernadette. The solution is revealed in the title of this play, but fortunately the little girl did not launch herself into a life of crime.

She spent several years in the 1980s in Muslim countries (Libya and Dubai). Her attempts to recreate the old-English Christmas spirit faltered in these foreign lands, despite her usual Christmas crutch – the work of Charles Dickens we all know as The Christmas Carol. Even that, she admits, “did not weave its usual spell” in Libya. Likewise the faux Christmas spirit of Dubai, with its gingerbread house and carollers in full Victorian costume, left her cold. But she still undergoes a life-changing experience there, which I will not hint at further here. “It gave me the merriest Christmas I’ve ever had,” she admits.

Finally, she relates her engagement with Christmas right here in Austin in the early 90s, where she bought a new copy of The Christmas Carol from Austin’s own Book People. Here she tried again with difficulty to achieve the 4C’s of December: a cheery, chilly, conventional Christmas. Her monumental effort to bake a Christmas cake reminded me of how Lucy would have tackled it, if that had been a part of her 1950s TV show. One farcical mis-step after another made for a truly amusing tale.

With a touch of English wit and a dash of culinary derring-do that would have made Julia Child proud, Nason’s play is sheer delight, and a great reminder of what the Christmas spirit is all about. Go see it before it ends in just 4 days!

Stealing Baby Jesus is playing again tonite (Dec. 17) and also Dec. 19 and 21. Location: the Baptist Church at 9th and Trinity, downtown Austin. It is available Streaming on Demand from Dec 20-26, and it is also in print as a softcover book.