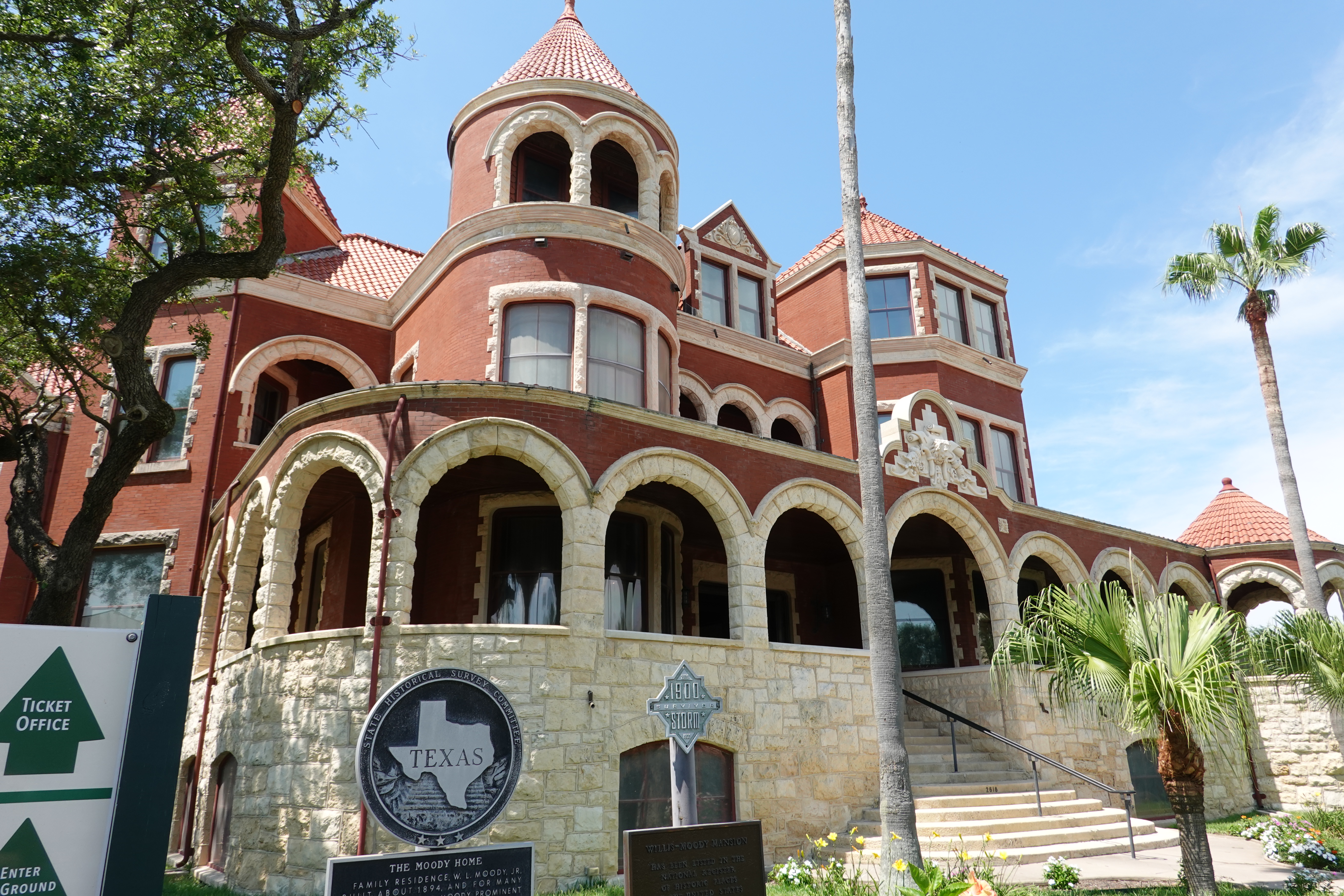 This is the first in a series of articles about the Historic Homes of America. Many, such as the one we visit here, is a grand old mansion. Others, such as Frank Lloyd Wright buildings, will be mid-20th century homes. But all will be either state landmarks or on the National Register of Historic Places.

The Moody Mansion in Galveston is both. I highly recommend taking the “Legacy Tour” which is only available Friday, Sat. and Sun. at 415pm. In addition to having the benefit of a guide who can answer your questions, it takes you to rooms not open otherwise.

This 28,000-sq.-ft. Mansion is built in a style known as Richardson Romanesque, named after the architect Henry Richardson whose most famous creation is Trinity Church in Boston. The architect for this mansion, completed in 1895, was William H. Tyndall.

The mansion is named after the family who lived here longest, but it was built for a Mr. and Mrs. Willis. William Lewis Moody Jr. purchased the house in 1900 from Mrs. Willis’s daughter Olive, a year after her mother died. Olive was not interested in moving to Galveston, so it passed to the Moody family. Although the purchase price did include furniture from the Willises, most of the furniture in the house now was purchased later by the Moodys. Mr. Moody got a great deal on the house, which was purchased after the hurricane that virtually wiped Galveston off the map. He paid just a fraction of what it cost Mr. Willis to build it, but the construction is so solid it is one of the few buildings to have survived. All such buildings in Galveston proudly display a sign designating them as a “1900 Storm Survivor.”

There was a house on the lot next to the mansion when the Moodys purchased it, but it was gone by 1912 and replaced by a tennis court. There were also about a dozen houses to the rear, purchased and removed by the 1920s. What we see now on the main street, on which visitors enter Galveston from the mainland, is this imposing mansion, made all the more obvious by the lack of anything notable near it.

When Mr. Moody died in 1954, he was regarded as one of the 10 richest men in America. His wealth derived from an array of business interests: insurance, banking, hotels, cotton trading, ranching, newspapers and printing. His legacy lives on in an endowment set up by his daughter Mary in 1968, which has funded environmental, charitable, educational and historical projects in Texas and Virginia. Mary died in 1986 at age 94, but one can gain some insight into her life by viewing the family cars. One is a 1931 Studebaker, made in South Bend, Indiana. (I recently visited the Studebaker museum there, and will be writing about it for Sun News Austin).

A description of the car says she drove it herself, well into the 1950s with a driver in those later years. “Mary is still driving her 1931 model Studebaker Coupe,” wrote her husband Mike, “and wouldn’t think of trading it for any car made. It goes galloping down the street but keeps on running.” 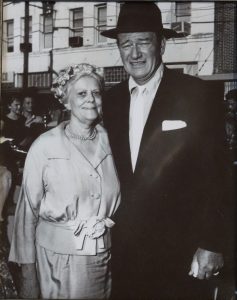 Don’t be surprised to see a Christmas tree in the dining room. It is kept lit all year long as a tribute to Mary, who loved Christmas. Her presence is felt throughout the mansion, with displays and her clothes, portraits, and even a photo of her with John Wayne.

Since the furniture belonged to the family (unlike many mansions that merely have ‘period furniture’ to make it look suitable), visitors should pay close attention to it. For example, Mr. Moody’s desk in the library was made in Japan, probably around 1900. The wardrobe in Mr. Moody’s dressing room with the metal accents is from Hamplemeier Furniture Co. in Louisville, KY. Most of the bedroom furniture on the second floor was from the Mitchell Company in Cincinnati. Also, don’t forget to look up to the ceilings- one room features flying cherubs.

One unexpected display is a series of bank notes, from the days when individual banks issued currency. The majority of this valuable collection, comprising 1,300 bank notes, is locked safely away in a nearby bank.

Photos of the desk and the mansion by C. Cunningham

The Moody Mansion is at 2618 Broadway, Galveston Island, Texas. Their website is moodymansion.org 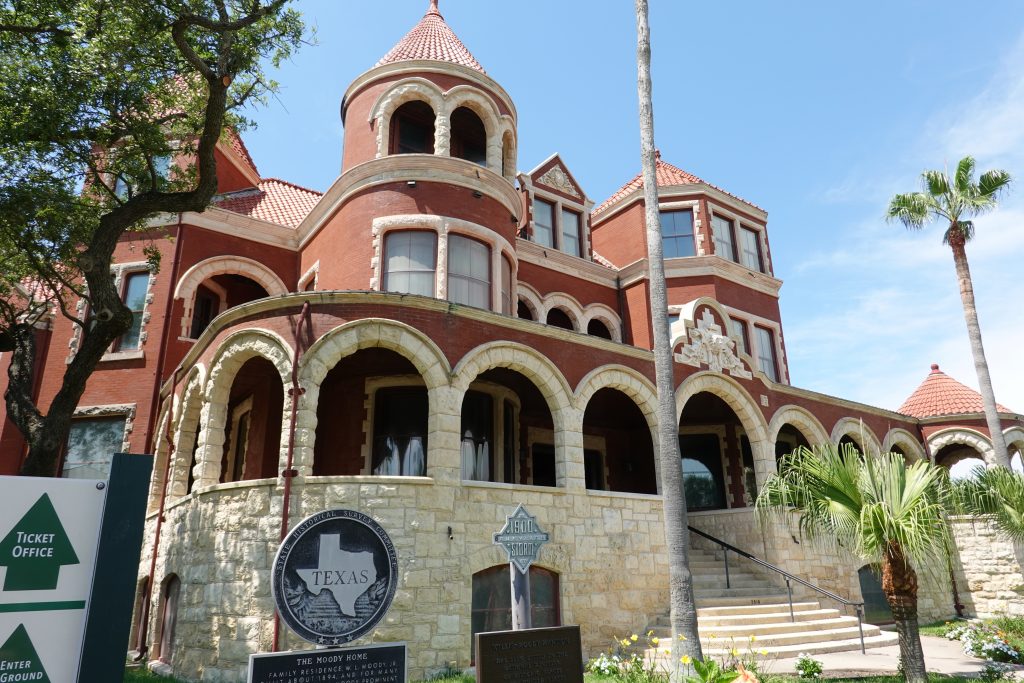