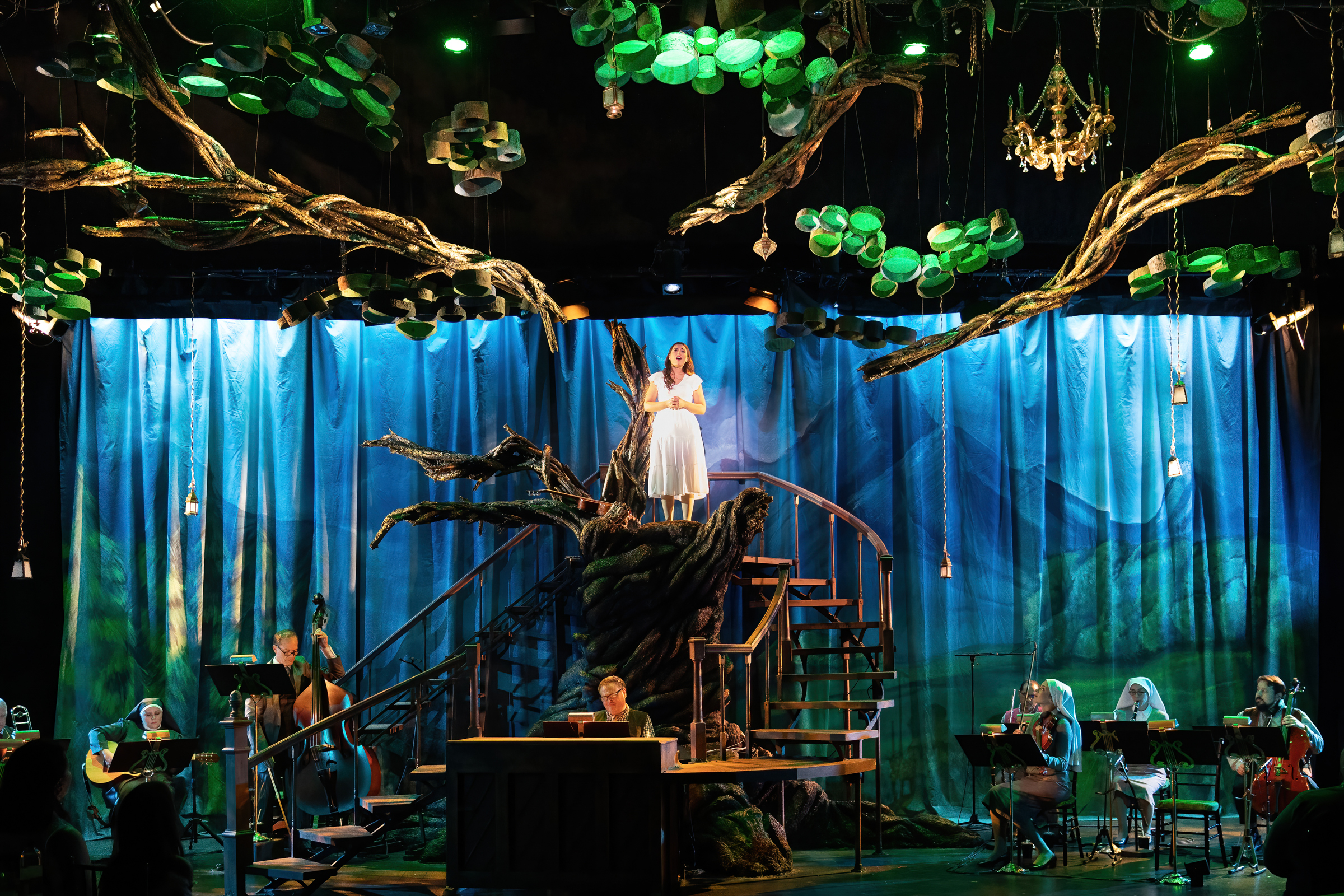 Twenty years ago I saw Julie Andrews and Christopher Plummer on stage in Toronto for a Sound of Music reunion. As Ms. Andrews had already pretty much stopped singing by then, her voice was replaced by the Welsh singer Charlotte Church, whose powerful voice suitably dominated the performance.

Of course, nothing can compare to that, but the current staging of The Sound of Music at the Zach Theatre is a sheer delight. One thing that immediately stands out are the songs themselves. Unlike any musical created in this century, virtually every song in The Sound of Music is not only well-known, but iconic. Such tunes include Climb Ev’ry Mountain, My Favourite Things, Edelweiss, Do-Re-Me, and the title song. With music by Richard Rodgers, and lyrics by Oscar Hammerstein, we can only lament the dearth of such superstellar talent in recent decades.

The unique aspect of this production can be encapsulated in one word: immersive. The audience sits not only in the usual stadium seating, but at tables on stage, and those who are willing get up and dance with themselves or the actors as the action progresses. The actual real estate available for the actors is small, but it works.

In programme notes, Director Dave Steakley relates he visited the Rodgers & Hammerstein organization, “where the staff musicologist told me that R&H originally opened the musical with Maria in a tree with her guitar, where she simply sang The Sound of Music.” This is how he has staged the opening of this production, where “the piano itself seems to be the firmament from which Maria’s tree grows.” Since the horizontal space for the actors is limited, the stairs leading up and around the tree are utilized to fine effect by adding a third dimension to the available space. Quite inventive, and visually stunning.

Even before the play gets underway, a Bavaria Oompah band entertains the audience, and they also become an integral part of the show. There is even a bar onstage for patrons to get their drinks before the show! As I said, immersive.

The two leads of the musical Amanda Rivera and Maria, and Trevor Martin as Capt. Von Trapp, fulfill their roles with a deep appreciation of the historical baggage that this musical, more than any other, carries with it. On May 13 of this year, Rosemarie von Trapp died at age 93. She was the last surviving daughter of the Baron and Maria (in real life). You may not recognize her name, as it does not appear in the musical, which focused on the seven children of the Baron and his first wife. The family began singing publicly in the 1930s in Europe, but the baron had no interest in cooperating with Hitler once the Nazis took control, and so the family left Austria, taking a train to Italy. (The Sound of Music depiction of the departure was fictionalized, and the marriage of Maria and the Baron actually took place in 1927, not a decade later.) The only child still surviving is Rosemarie’s brother Johannes.

Sound of Music was in the news again this month for another reason! Andrews, 86, received the AFI Life Achievement Award at a gala on  June 9, thrown by the American Film Institute. To celebrate her legacy, five of her Sound of Music costars in the 1965 film— who portrayed several of the von Trapp siblings — posed alongside Andrews on the red carpet.

The Sound of Music, with an extraordinary supporting cast of actors and singers, is at the Zach thru July 24, 2022. www.zachtheatre.org  for tickets 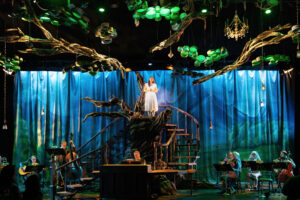