In a 2019 book entitled Understanding Animals, University of Bergen professor Lars Svendsen investigates how humans can attempt to understand the lives of other animals. The book delves into animal communication, intelligence, self-awareness, loneliness and grief, but most fundamentally how humans and animals can cohabit and build a form of friendship.

If you want to see all this enacted in a heart-warming play, go no further than Ground Floor Theatre in Austin, where the world premiere of Dex & Abby was performed on May 16, 2019.

What if you and your dog could talk? Even more pertinent here, what if your dogs could converse between themselves? In this play big dog Dex can only understand the words of his master Corey (played by Jacob Bernelle), while the little female dog Abby can only understand her master Sean (Will Douglas). Dex and Abby often ask each other to translate, and as they originally have a rivalry they invariably offer words at total variance from what was said by the humans. But as time goes on they bond and the nastiness ends. The portrayal of Dex by Jason Graf is fabulous; one audience member said “he is just like my dog!” Just as endearing is the portrayal of little Abby by Cassidy Timms, the dog with abandonment issues. Superlative acting by both.

The anthropomorphic interchange between the dogs often seems more real than the interchange between the humans, as humans carry a lot more emotional baggage. The dogs are direct, perhaps a subtle message from Baker who said he hopes the play will “break down the door” that inhibits communication. Indeed, communication is what this play is about, and we see a lot of early-relationship angst played out by Corey and Sean. Both Bernelle and Douglas are entirely believable in these roles. The cast is completed by Danielle Grisko as the protectively lesbian friend of Sean.

“Why are we kinder to dogs than we are to ourselves? asks Sean.

Such high-level issues may elude those watching the play; I can’t think of a recent play where the audience was more emotionally involved. Even the most jaded in the audience didn’t have a dry eye by the end of the play. But afterwards, a pondering of what was just experienced may elicit just the sort of considerations Baker surely intends.

A portion of the profits from this production is being donated to Austin Pets Alive! Performances run through June 1. Highly recommended. 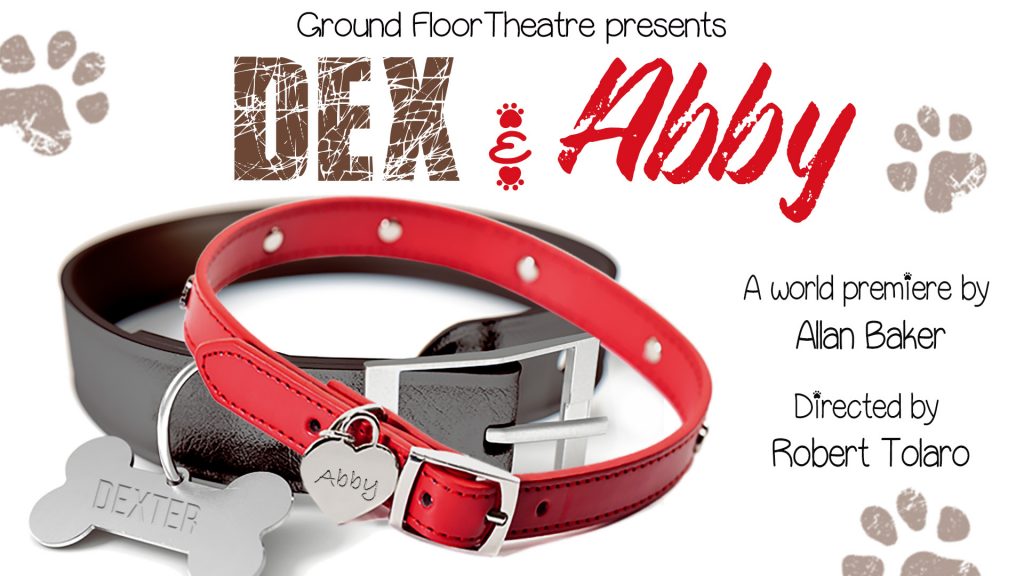