Courtroom dramas did not begin with Perry Mason. The origins of the legal system used in most Western countries can be traced back to ancient Greece and Rome, which is still a fertile source for scholars to write books about. This review looks at two recent efforts.

Peter O’Connell is assistant professor of classics at the University of Georgia. I asked him about his mention of TV dramas such as Perry Mason. “Can you describe the essential difference between such courtroom dramas and the drama that must have been present at homicide trials in ancient Greece?” He replied that “is hard to speculate about ancient emotions. In watching TV, the formulaic way of approaching a homicide is part of the pleasure that comes from crime drama. A real-life trial is significantly different and in ancient time there were ways you could challenge a decision by making allegations against the veracity of opponents. There were also displays of generating pity to sway witnesses, and repetition was used to hammer home a litigant’s arguments.”

In his book, the author writes that the visual language used in a trial is sensitive to the sensory overlap between seeing and hearing. Perhaps this is the key difference between them and us, especially as there were no attorneys per se. “It is important to think of their speeches as words spoken that presumed a certain aural response,” said O’Connell. “It was how they pictured things as much as what they heard that mattered.” By a combination of gestures, physical appearance, and refined rhetoric, Athenians at trial were able to plant images in the minds of jurors. The exploration of how rhetoric was used in this context has never been studied before, making this a most valuable book for not only those interested in legal history, but the study of rhetoric., which has yielded many insights in recent years about ancient Greeks and Romans thought about all aspects of life.

That gossip was a key rhetorical resource for a speaker is one of a host of issues examined in the other book under consideration here. It is edited by Clifford Ando (Professor of classics, history and law at the Univ. of Chicago) and William P. Sullivan (Drinan Research Fellow, Boston College Law School); the book has nine authors, including the editors. This book is about discovering facts. As Ray Bradbury wrote in 1968, “facts without interpretation is but a glimpse of the elephants’ bone yard.” Unlike legal proceedings in Greece, Roman law was based on facts. “The concept of fact originated in Rome,” Pierre Thevenin writes, “as a specific feature of the legal mindset.”

He distinguishes two senses of fact that highlight the difference between what the Romans, and what we, regard as fact. In the past 2,000 years, there has been “an alteration of the balance between the descriptive and normative senses of the word fact. This stems from the development of ‘factual sensibility’ in modern science. Indeed, the development of this sensibility constitutes the dividing line between the ancient Roman normative sense of the term fact and its modern descriptive sense.” As Sgt. Friday said in the TV show Dragnet, “just the facts, ma’am.” As Adriaan Lanni (Harvard Law School) observes, “in many suits fact-finding was subsumed within a normative judgment concerning the just resolution to the dispute…this more naïve version of storytelling and of justice probably let the Athenian jury come closer to the truth of what really happened than occurs in modern courts.”

There is (in fact) only one extant quote in the entire corpus of classical Roman law that considers the respective nature of “factum and ius”, or facts and justice, or the law. This is from the second century: “Mistake of law should not be treated under the same heading as ignorance of fact in every area, because the law can and must be finite, whereas the interpretation of fact often deceives even the wisest lawyers.”

A chapter by Daniela Cammack (Univ. of California, Berkeley) considers the place of facts in the wider ancient Greek political context. Although she does not directly contrast with our culture, which loves to heap blame on people for decisions they made in the past, Cammack identifies a crucially important divergence between us and them when she writes “ancient Greeks seldom spoke of good or wise judgments, let alone correct ones. Rather, they complimented the act of judging.” Whether or not such judging “turned out to embody a successful prediction was a separate issue.”

Cammack also notes that legal precedent itself created facts in ancient Greece. She mentions the prosecution of the first man of Athens, Demosthenes, by Dinarchus, who pleaded to the judges “You have taken over the case from the people, who know the facts. Will you disregard all that has passed and acquit the first man here before you?” He was indeed convicted. “To put the issue bluntly,” writes Cammack, “judicial decisions create facts. Sometimes, the point is that they create facts where there were none before.”

One important respect in which Athenian courts were superior to those existing now is quite surprising. As Lanni states, “Athenian popular court verdicts were not only discretionary judgments. They also represented the product of human reason, without any pretense to divine intervention or justification.” None of this “so help me God” nonsense. While the Age of Reason supposedly began in the 18th century, it actually began some 2500 years ago.

Together, these books reveal much about how law was dispensed in ancient times, and both are highly recommended as excellent scholarly efforts to get to the facts of the case.

The Discovery of the Fact is by Univ. of Michigan Press.

The Rhetoric of Seeing in Attic forensic oratory is by Univ. of Texas Press 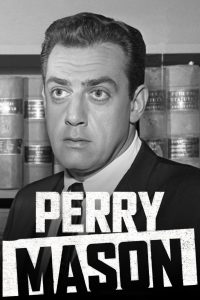