When a melodrama opens with a marriage proposal, you know there will be dangerous shoals to navigate before it’s all over. In the case of Wake Up Napsville, the danger comes from a dynamite-throwing bad man, appropriately named Bartholomew Badmun.

But like any good old Western movie, the plot has a hero. Here we have perfect casting in the person of Jake Maspero, now celebrating his 25th year as an actor. Maspero plays the cowboy Corley Winters, the fellow who makes the marriage proposal to the school teacher (and fellow orphan) Ava,.

I asked Maspero about his inspiration in playing the good-guy role. “I grew up with the Westerns,” he said, establishing an early identification with John Wayne. “But as I grew older, the role model was Shane,” played in the 1953 movie by Alan Ladd. “I like the reluctant hero,” Maspero said. “He didn’t fire a gun until the close of the film, but he paid a price for it. It taught me using a gun isn’t always the answer – it was a cautionary tale.”

As for his character in Napsville, set in the year 1875, Maspero took inspiration from Gene Autry. “He was always a bright and shining example, a hero through and through.” In this interactive melodrama, where the audience throws popcorn at the villain on stage, Maspero has to exaggerate Autry’s persona with silly heroic poses to match the overall silliness of the other characters. But it works, and makes this a production that can be enjoyed by all ages.

The plot is fairly straightforward, and in best encapsulated by a line uttered by the villain: “A majority of ignoramuses putting money in my pocket.” The deliberately over-the-top acting of Christian Huey as Badmun, suitably wearing a red-lined cape, is a sheer delight as he goads the audience for boos (and more popcorn). His attempt to fleece the tiny town of Napsville and break up the nuptials of Corley and Ava is a case study in hucksterism and bad manners. 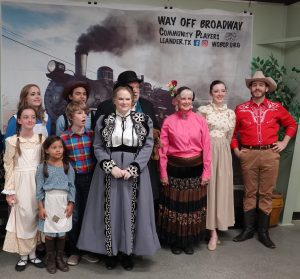 There are other very fine performances in this ensemble cast, including the heroine Ava, played by Zoë Parkinson, and the bumbling mayor who naps a lot, played by Russ Jernigan.

A delightfully corny production that has a lot of Texas humour, I highly recommend seeing Napsville, written and directed by Jennifer Luster.

Second photo: Most of the cast of Napsville pose with a train that promises to bring prosperity to the town.

Wake Up Napsville: The Railroad is Coming is being performed until Aug. 3, 2019

The production by Way Off Broadway Community Players is in Leander, northwest of Austin. 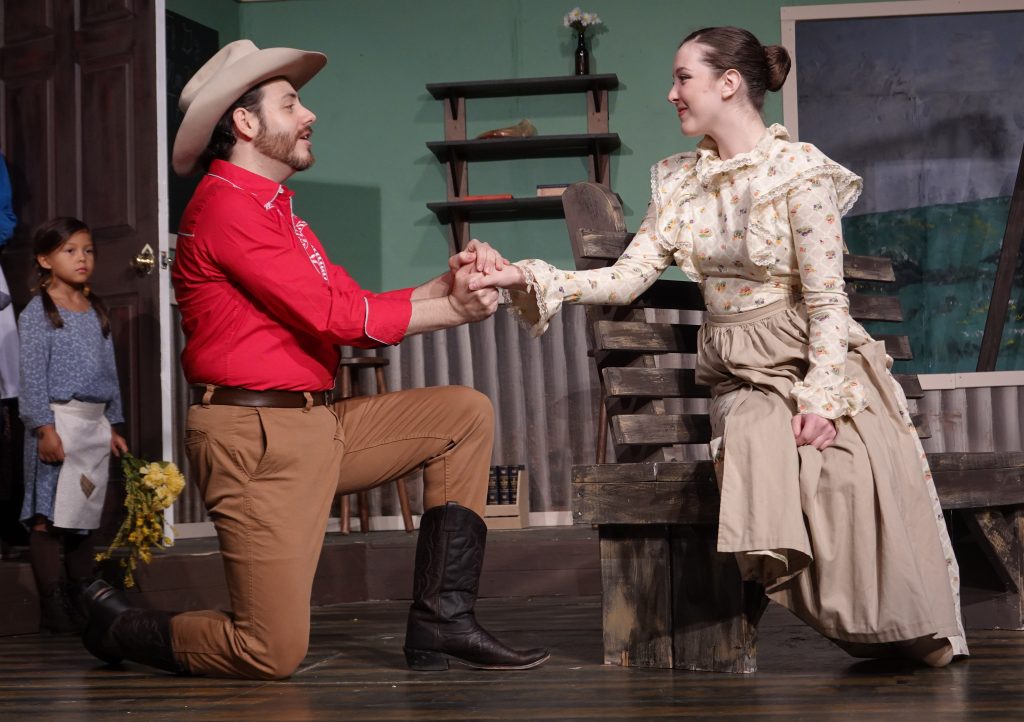