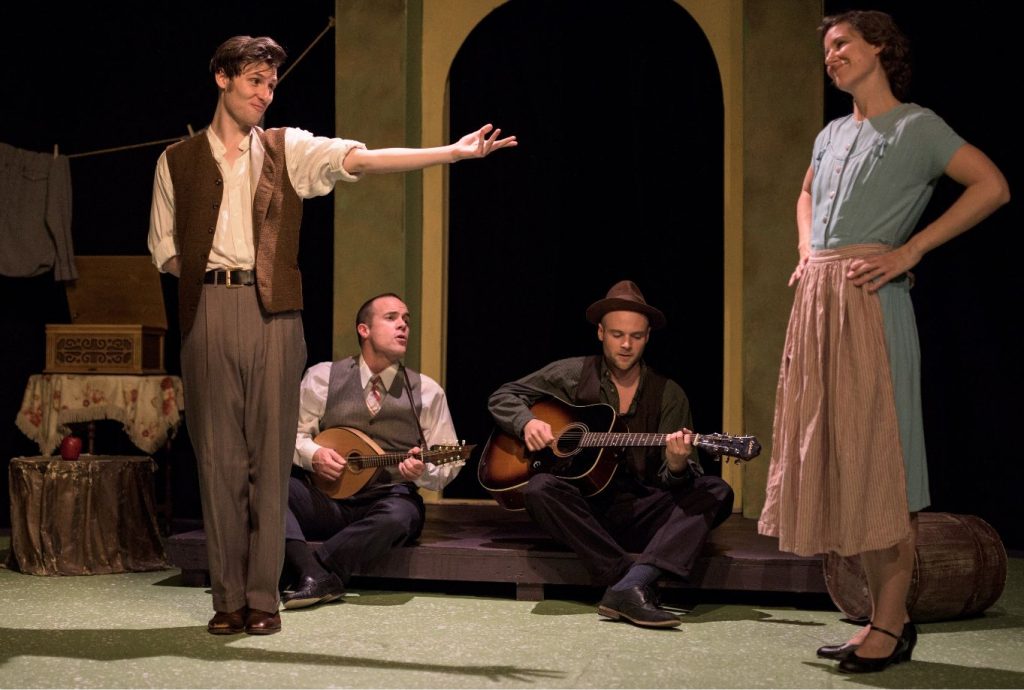 Audiences have delighted in As You Like It ever since it was first performed more than 400 years ago. Adapting a Shakespeare play by placing it in a more modern time frame is always fraught with danger. I remember seeing one of the “King” plays by Shakespeare updated to Nazi Germany, with the King’s soldiers of pre-Tudor times dressed in SS uniforms (that was in Stratford, Ontario).

One show now in Austin is a new adaptation by Levi Gore, who actually appeared in the performance I saw (temporarily replacing actor Andy Barham). This time the light comedy As You Like It is cast in the northern part of the United States in the 1930s.

With all due credit to a great ensemble cast, I felt that actor Joe Kelley was the lynchpin of the production, and he certainly brought the “rad dude” aspect of his character to the stage. That quote comes from his own description in the programme notes, where he also states he loves to “spread some pretty cool art.”

He effects this with the very simple prop of tinted sunglasses; combined with body, hand and eye movements that are very expressive, he ensures this world premiere adaptation is a success. Another unique element of this adaptation are the songs from the 1930s period. As Gore notes, “Gone is the Elizabethan aspects, in its place the jazz and folk tunes of the day have been added.”

I cannot do justice to each of the 13 actors in the cast, but I would be remiss for not mentioning a real trouper of the stage. For six decades, Moses Klutz has been delighting audiences, mostly in Chicago. Here he brings both a serious tone and a jovial aspect to his performance of both Dukes in the play. Even in such a long career, this is the first time he has played both parts in As You Like It.

The show runs to May 6, 2018. Check out their website for tickets: citytheatreaustin.org