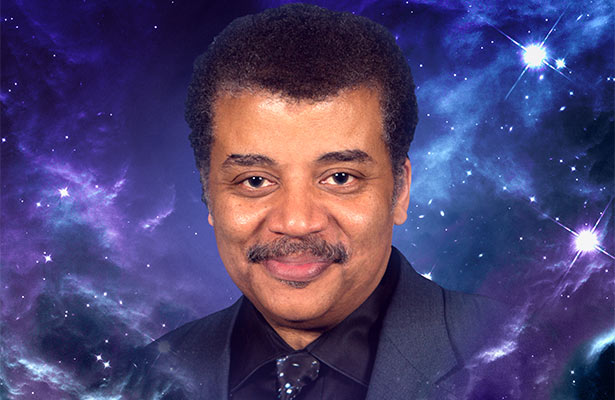 In every generation there is a populariser of science. The first that drew big crowds on a regular basis was Sir Humphrey Davy, whose lectures in London two centuries ago set the stage for all future showmen.

The most recent, and famous, of these popularisers was Carl Sagan. I met him several times in two entirely different venues. At scientific conferences I was attending, he was just another scientist. Nobody was clamouring for his autograph or fawning at his feet. Seeing him in a public talk was the exact opposite experience.

Today the showman of astronomy is Neil deGrasse Tyson, whose day job is Director of the Hayden Planetarium in New York City. Planetariums are geared to public outreach; they are not observatories where research is conducted, but rather a showcase where research results can be presented to the public.

With a fine speaking voice, and ability to use his body language to convey a message, Tyson took the show on the road in Austin, appearing recently at the Long Center. His presentation was loosely based around the concept of cosmic collisions, although in studying my notes afterwards I found little of substance.

“Earth is good at hiding evidence we live in a shooting gallery,” he said, referring to comets and asteroids that have hit Earth countless times over billions of years. “Asteroids are Nature’s way of asking: ‘How is that space program coming along?’” He showed several photos and movie clips of the asteroid that exploded over a Russian town in 2013 to emphasize the danger.

But instead of just destroying, he said asteroids can also be thought of as storks, as they can seed the Earth with life from outer space. “Biologists celebrate the diversity of life, but behind closed doors they confess all life on Earth has common DNA.”

This led Tyson into a digression about tardigrades, which are tiny creatures impervious to almost anything. Some have even been taken to the space station, exposed to the airless void, and still survived. “Tardigrades are disturbingly cute,” said Tyson. “Do you cuddle it or do you exterminate it? You don’t quite know. They would make an excellent Macy’s Thanksgiving Day Parade float.”

Tyson offered a critique of Hollywood asteroid movies. “Armageddon had more scientific errors per minute than any other movie. Someone forgot to tell them the asteroids are coming from space, not New Jersey. The movie Deep Impact got the physics right.”

Movie references made another appearance in the context of an announcement in the 1990s that NASA scientists had found fossilized microbial life in Martian rocks. A speech by Pres. Clinton about this was used in the movie Close Encounters.

Briefly returning to something substantive, Tyson made the important point that “the value of research and development to the future of the health, wealth and security of a nation” is incalculable.

The fact an astronomer was able to pack the Long Center shows the public has a genuine thirst for knowledge of the cosmos. I attended a astronomy presentation this week at the University of Texas, which was attended by many people who were not scientists. One woman asked the guest speaker about what astrologers were doing with the telescope instruments he invented. An audience member quickly corrected her, as she meant astronomers. Whether the populace truly understands science more now than those who witnessed Sir Humphrey Davy’s talks 200 years ago is a question I will leave to be pondered (I think you can guess my answer).